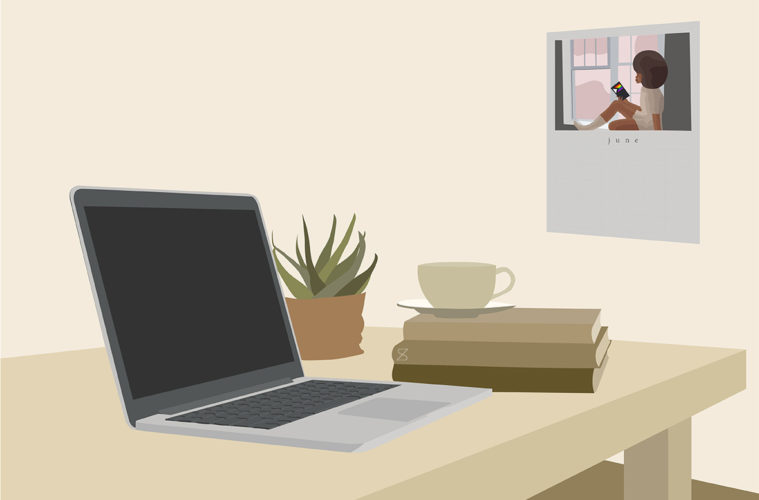 In the wake of Pride month, I decided to put together a small list of LGBT+ books. Now more than ever it’s important to amplify Black voices, so all recommended books are written by Black authors. All titles are clickable: they will take you over to a free collection of digitalized materials, where they are accessible completely free of charge. This list is far from comprehensive: we would love to hear your favorites!

Ann Thompson defines the literary canon as what is assumed to be the “best” literature, which is worth preserving and passing on from one generation to the next. Yet most texts comprising Western literary canon were written by straight, white, cis authors. In spite of students of color repeatedly asking for the decolonisation of literature syllabi, their calls went unanswered. Mateo Askaripour published an insightful article about the gatekeeping in the literary word, which is overwhelmingly white. In case, a survey conducted in 2015 found that 79% of American publishers’ staffs were white. I believe that it is our responsibility to actively prioritize seeking out Black authors, hence, the birth of this list.

If you can, please also consider donating to these Black-led LGBT+ organizations!

Another Country by James Baldwin
No book list is complete without James Baldwin, one of the greatest writers of the 20th century. Another Country uncovers themes of interracial relationships, mental health, and love in New York City’s Greenwich Village in the 1950s.
Trigger warning: suicide.

The Color Purple by Alice Walker
The Color Purple is an epistolary novel that won the 1983 Pulitzer Prize for Fiction and the National Book Award for Fiction. The lives of two sisters are revealed in a series of letters exchanged spanning decades, telling a tale of love, hope and redemption, with magnificent depths.
Trigger warnings: child sexual abuse, physical abuse, rape, incest, violence.

Invisible Life by E. Lynn Harris
A vulnerable account of a young man exploring his sexuality upon graduating from law school and navigating life as a queer Black man. The first part of a popular trilogy that is captivating, beautifully written and delves into themes such as internalized homophobia, AIDS,  social expectations and finding love.

Sister Outsider by Audre Lorde
“Your silence will not protect you.” “Nothing I accept about myself can be used against me to diminish me.” Such quotes from Sister Outsider have been emerging in mainstream pop culture, stripped from their context. Lorde writes from and of the elements of her identity, of a Black, lesbian poet; a mother; a cancer survivor; an activist; a woman. Her pose, essays and poetry alike make you pause and re-evaluate.

Blackbird by Larry Duplechan
Blackbird is a coming-of-age novel of a theatre kid, Johnnie Ray, who must navigate growing up Black and gay in Southern California. The timeless, emotional journey explores heavier themes: Johnnie Ray’s friend is beaten by his father, his girlfriend is pushing him into starting to be intimate, all while he has a crush on a fellow theatre member.
Trigger warning: child abuse.

Under the Udala Trees by Chinelo Okparanta
Under the Udala Trees is a beautiful, captivating story of a young, displaced Nigerian girl who falls in love with another refugee girl from a different ethnic community. This emotional story is a powerful account of love, displacement, civil war, prejudices, and remaining hopeful for the future.

“There are no miracles these days. Manna will not fall from the sky. Bombs, yes, enough to pierce our hearts, but manna, no.”

Chinelo Okparanta, Under the Udala Trees

The necessary hunger by Nina Revoyr
Two high school girls playing basketball in Los Angeles find themselves first in rivalry, then in love. The Necessary Hunger easily defeats any Netflix show in excitement and humor. The girls’ relationship receives a new twist when their parents move in together. It is a moving, insightful story that explores urban poverty and violence, adolescent sexuality, and the vitality of basketball.

Dark Reflections by Samuel R. Delany
Dark Reflections has received a Stonewall Book Award, and it reviews its protagonist’s life in reverse order. A rather sad account delving into the life of a gay, Black poet living in New York, the rather frustrating literary word, the struggles of coming out and internalized homophobia.

I wanted to write a novel that young people seriously interested in writing might read, which would sketch something of the life awaiting them. Within that, I also wanted to make an aesthetic object that, in itself, would attempt to reflect some of the beauty one commits oneself to by going into the literary arts.

Samuel R. Delany about Dark Reflections in a 2007 interview

Hiding My Candy by Lady Chablis
The unapologetic autobiography of Lady Chablis, who started performing drag at the age of 14. Hiding My Candy is a beautifully personal account of a trans woman that delves into professional and personal troubles, substance abuse, numerous battles with club owners, and a series of unsatisfactory romances.
Trigger warnings: child abuse, substance abuse.

Loving Her by Ann Allen Shockley
After fleeing from her abusive husband with her daughter, Renay falls in love with a rich, white writer. One of the first published pieces of Black lesbian literature explores relationship dynamics, motherhood as a women loving woman, and navigating the 70’s gay community as a Black woman.
Trigger warning: discussions of rape, abuse, violence.

“You do like men, don’t you?”
For some unknown reason, Renay felt the heat rise in her body, flushing her face. Her head swam, blurring the words before her. When she replied, the voice did not sound like her own. “Of course I do. Whatever gave you the idea that I didn’t?”

Fragments That Remain by Steven Corbin
Fragments That Remain explores intergenerational trauma, colourism, racism and homophobia. When his father is dying in the hospital, the Oscar-nominated protagonist has to deal with the re-appearing trauma of his childhood while in a combative relationship with his white co-star.
Trigger warnings: child abuse.