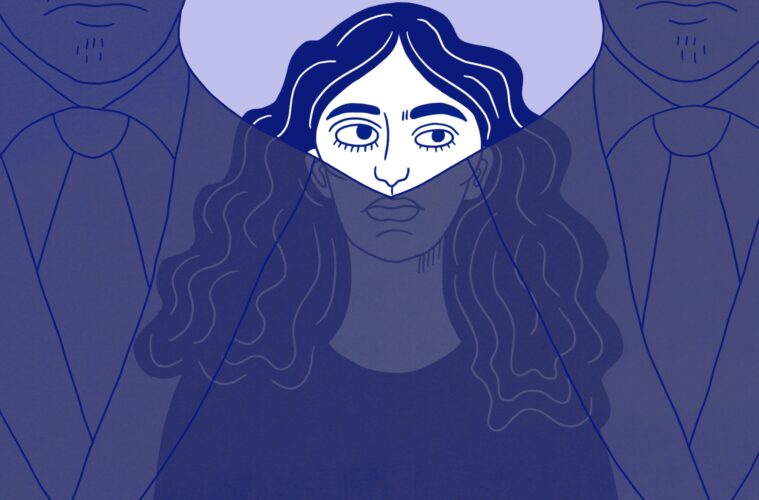 “Film is a completely different world, in a different space-time continuum, and I just wanted to stay there forever, I didn’t feel comfortable outside of it”

…said Tsiako Abesadze when I talked to her in October about her work as a producer and about the challenges the film industry has been experiencing due to Covid-19.

She was hesitant to give me this interview, as she believes she still needs to grow and develop in her career (which by the way, anyone else would consider spectacular already) in order to give out the timeless truths and secrets about the ever-changing industry of cinema. Luckily she takes her role as a board member of Women in Film and Television International (WIFTI) very seriously, so she was generous to share with me all that she thinks may help to make female artists and their work more visible to all of us.

The first “version” of WIFTI was established in Los Angeles in the 1970s. Since then they have grown immensely and today there are WIFTI organisations on six continent, working together for the same goal: gender balance in the film industry.

Abesadze is a Georgian-born film producer, who has been working on international projects for decades now. She proudly calls herself a workaholic, who was enchanted – maybe even possessed by – the world of cinema at the age of 18, when she worked as an assistant producer on the film In Bloom, which famously marks the beginning of the new wave of Georgian cinema.

Did you leave Georgia early on to pursue a career in film?

My career in the film industry started when I was 18. Before that, I was more involved with environmental activities:  I was 14 when I established my own environmental organization. In that time there was not much happening in the film industry in Georgia, and nobody expected anything to happen soon. I was always interested in film but it seemed like an unreachable dream.

Then one day I was sitting at home with my coffee, sending out resumes, looking for opportunities to change my environmental focus to something else. I found this job that was said to be in the film sector, and I applied. I never expected to hear back from them, but next week, a German guy called me and told me that they were filming a movie in Georgia. At first, I didn’t believe it, but they asked if I would go in for an interview and I said, OK. We had the interview, they were very nice and they ended up hiring me and we started working on this movie, that eventually became In Bloom. It still is one of the most famous Georgian films, it went to so many festivals, including Berlinale… so I am extremely happy to have been involved in that.

What would you advise young people starting out in the industry?

I would say the most important is not to be scared of change. My career so far has been determined by big changes and I am happy I was ready to take them on. You have to be ready for change and to follow your heart without ever compromising. Never compromise!

Do you find that difficult though, never to compromise, especially as a woman?

Oh, it is so hard! The film industry is still very much male-dominated and I have definitely faced many challenges as a consequence of this. Not everyone takes a woman seriously, especially in production. There is still this notion that women can’t do business. Female directors are in a better position I think because women are more accepted in the creative field.

As a producer it’s harder because the men always try to make you feel that you are “only a woman” in the industry and you have to work extra hard to prove that you can do business just as well as them, if not better.

Luckily, there are more and more women in the industry every year and by empowering ourselves and supporting each other we will definitely get ahead. I am actually talking about the kind of support that you are doing with the magazine: representation and raising awareness.

Abesadze on a shoot

What are the challenges you are facing with Covid-19? How are you dealing with them?

The first six months of the pandemic was really a disaster for me. I led such a hectic life before, I was attending film festivals all around the world and then suddenly after Berlinale, everything shut down and I found myself stuck at home. In the very beginning, it was nice to rest a bit, but very quickly I felt frustrated and I felt I was going mad. What saved me was that we started Zoom meetings with the other members of WIFTI –  it was the first time I put lipstick on after months (she laughs). These weekly meetings helped me so much because I was connected to other people and I was seeing all the faces that I have seen at festivals and on the screen, which was interesting.

As I was reading through the 50 ideas of WIFTI to revolutionise the film industry, many of the points were made on how we should globalise and work together, help and support each other and present diverse stories. What is your take on that?

Our main aim is to support women in establishing and continuing their own businesses. Our meetings are mainly about connecting representatives of different fields and companies with each other. Film business is really dependent on personal connections, you know “in film what matters is not what you know, but who you know”.

For me the most important work of WIFTI is connecting women from different disciplines.

Going back to the pandemic for a moment, can you work on actual films or is it mainly networking and planning now, as you mentioned?

Actually, as a producer, I can tell you that if you want to do something the pandemic can’t stop you. I had some productions this summer, some of them are ready for festivals and some of them are in post production. So I think if you really want to do something, nothing can stop you, or disturb your process. I believe it depends on your personality as well. I consider myself a very active person, I really don’t believe in just waiting for things, I don’t think it leads anywhere. Viruses come and go, and I really don’t want to undermine their seriousness, but you have to find a way to keep working on your projects.

I know that for many professionals it is extremely hard now and I am just happy that I can keep busy with my work and that I can say, I am not being lazy at all.

I am actually flying to LA this afternoon and then I am going back to Georgia where we are filming another thing and then next year’s schedule is already quite full too. I must add though, that in all of these projects we follow the guidelines and rules of the governments, regarding the pandemic so we are not being ruthless at all, but we do work.

What inspires you to accept a project?

The thing that you have to keep in mind is that you normally work on a project for years. When you give up 3-5 years of your life for something, you want it to be special. I did not realise this in the beginning and I was just kind of selecting projects randomly, but now I am very-very cautious and careful with picking one.

I would say that the most important thing for me is to find projects and films that will last and stay relevant even after I die.

I just want them to always mean something for someone. I believe that films have to have that quality, to live on longer than a human life span. They have to include elements that are timeless in a way and that are able to change the lives of many if not all upcoming generations. So I definitely select by these criteria.

“I will do everything for my projects, give up my years and work desperately for all of them! Especially when I feel that they will change the world in a way, change many of their viewers’ lives.

This is what I adore in cinema the most, its ability to change lives.

For this reason, though, you have to be very careful about what you create, because it will influence people and their way of thinking.

Have you ever thought of working in a different field of the film industry, other than as a producer?

No, I found myself here and I’ll stay here forever. One to two years ago, if you had asked me, I would have been less sure. I had many more ideas in my head about what I wanted to become but now I am certain, I just love this job so much! I have a little family within the industry now, and when I talk to my directors or when we meet I just feel inspired and energised and I don’t want to change that.

Photos are the exclusive property of the interviewee.