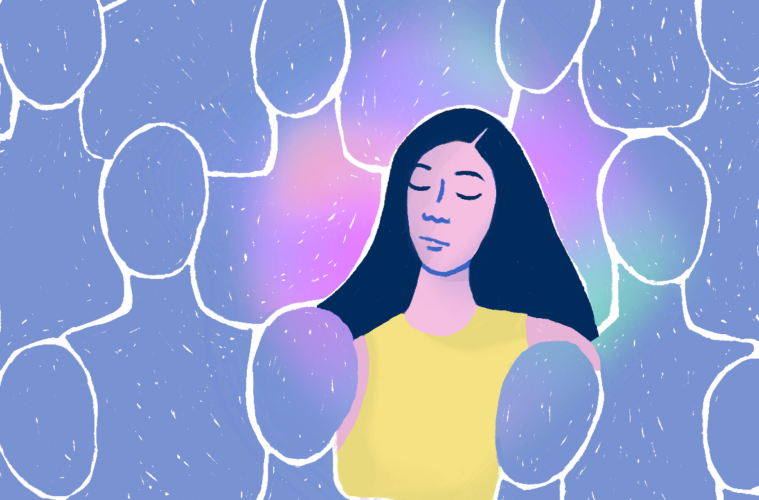 Beauty is power? How pretty privilege and sexism intersect

It is no news that some people navigate life with an unearned leg up: privileges enjoyed by men, white people, or the wealthy have become regular topics of discussion. However, there is one bias that you might be unaware of: the so-called pretty privilege, or the “beauty premium”.

Pretty privilege, put simply, refers to the social advantages, opportunities, and better treatment one receives on the basis of how attractive they look – or rather how much they conform to society’s beauty standards. Over the years, researchers uncovered a myriad of aspects in which beautiful people get a leg up: they are given more attention and earn higher grades during their studies, get more job interviews, and has landed a job, they even earn better than their counterparts. Beauty bias works even in extreme cases: beautiful criminals are less likely to go to jail, and even if they do, they get lighter sentences.

Hot people are certainly given more opportunities and in the age of overnight TikTok fame, they can even make a career out of their looks as influencers or models. One extreme example of a rags-to-riches story thanks to pretty privilege is the story of Jeremy Meeks, or as the Internet got to know him in 2014: the Hot Felon. After Jeremy’s arrest, his mugshot went viral overnight. The photo became the Hot Felon meme, and thousands of women called for his release. The reason? He looks really, really good. Although Meeks was convicted, he left jail with a modelling contract, debuting at New York Fashion Week shortly after his release.

Meeks’ story, and pretty privilege in general, can be explained by the Halo effect: a cognitive bias that makes you subconsciously attach positive traits to someone that you find attractive.

Thanks to the Halo effect, you might consider someone physically and mentally healthy, confident, intelligent, and successful – based on good looks alone. Even children experience the benefits of the Halo effect, allowing good-looking kids to develop more confidence.

In fact, this could even be considered the “Chicken or Egg” dilemma of the beauty bias: does society favour the beautiful because they are easy on the eyes, or do we favour attitude and confidence – which beautiful people were better able to cultivate thanks to the preferential treatment they received since childhood?

What we consider “good looks” should also be re-evaluated. Isn’t beauty subjective? To some extent, it is: everybody has personal preferences. However, what we find attractive is greatly influenced by society: there is a certain type of beauty that we see in movies, adverts, plastered on billboards, or celebrated on stage. While there is a hopeful trend of increased diversity in the media, the face of beauty for long has been almost exclusively white, slim (even the Kardashians – who not only made a fortune from their curves but also have access to any service required to change their look as they like – feel the need to photoshop themselves thinner), able-bodied and cis-gendered. Even if you don’t consider yourself above-average looking, just by fitting those labels you benefit from some measure of pretty privilege.

On the other hand, it would be an oversimplification to say that for the beautiful, life’s a breeze – especially if you are a woman. Pretty privilege unfortunately does not exist outside the context of the patriarchy. Being a woman, even a beautiful one, comes with unique challenges, expectations, and discrimination – beauty, it seems, can be a double-edged sword.

In an article by The Lexington Line, women who are conventionally perceived as beautiful were interviewed on their experiences with pretty privilege. They talked about more than just positive discrimination. One interviewee, Ronique noted that although she frequently enjoyed favours thanks to her looks (think a bus seat freed or doors held for her), the preferential treatment came from men with expectations of the favour being repaid. Another interviewee, Vivi noted how much pressure she felt to always look put together and look and feel happy. This sentiment was echoed by Christina, too, who said she struggled with body image and comparison because she felt she always had to maintain the image people had of her.

Their feelings are supported by research: a study found that people have very high expectations towards beautiful people, and when these expectations are not met, they are punished more harshly than unattractive people. This phenomenon dubbed the “beauty penalty”, explains why, for example, a very pretty waitress could receive a smaller tip even if she provided adequate service: guests would subconsciously expect outstanding service from someone that attractive. For models or social media personalities, this beauty penalty could take the form of online backlash and the loss of jobs, which is why these women might feel enormous pressure to keep up.

Dani, also interviewed by The Lexington Line, offered another perspective on the downside of beauty: she revealed that people often expressed surprise realizing that she is “actually really intelligent”. Sexism, unfortunately, never sleeps, and beauty in women is often expected to be paired with a shallow personality and diminished mental capabilities. The stereotype of the Bimbo – a woman who is conventionally attractive to the outside but doesn’t seem to have a high IQ – is still very much informing how beautiful women are seen in professional spaces. Enter the bimbo effect: even though research on pretty privilege suggests attractive women should be benefiting from their looks, many experience discrimination and a lack of respect, and not being taken seriously is among the top complaints reported by pretty women in the workforce.

Not only does the bimbo effect (or the label “Bimbo”) thwart the professional success of women (especially in male-dominated fields), it also reduces them to objects, valued more for their looks than their capabilities or competencies. This objectification is no doubt hurtful to experience, but more than that: it is dangerous as it paves the way to sexual harassment. As Dani confessed, although she was enjoying the pretty privilege of receiving lavish gifts by guests as a cocktail waitress and getting let off of speeding tickets by male officers, she often felt objectified due to her beauty, with men assuming that she would automatically welcome sexual comments and touching.

Though beauty is undoubtedly a currency that can give you an advantage in life, attractiveness alone does not override institutionalized power structures. When different privileges intersect, male, class, and race privileges still count for more in the distribution of social power than pretty privilege.

In any case, I urge you to think about your own internalized biases and examine your own experiences from the point of pretty privilege: have you ever judged someone positively because of their good looks? Or have you thought a woman must be a shallow airhead because she was a little too pretty, perhaps?

Written by Eszter Sólyom.
Eszter is a recent graduate of the University of Aberdeen with an MA in Business Management & International Relations. She is a creative, ever-learning feminist, and an avid reader. In her free time, she works on her podcast “Nem azért de…”, in which she discusses politically and culturally relevant, often debate-inducing topics in Hungarian.