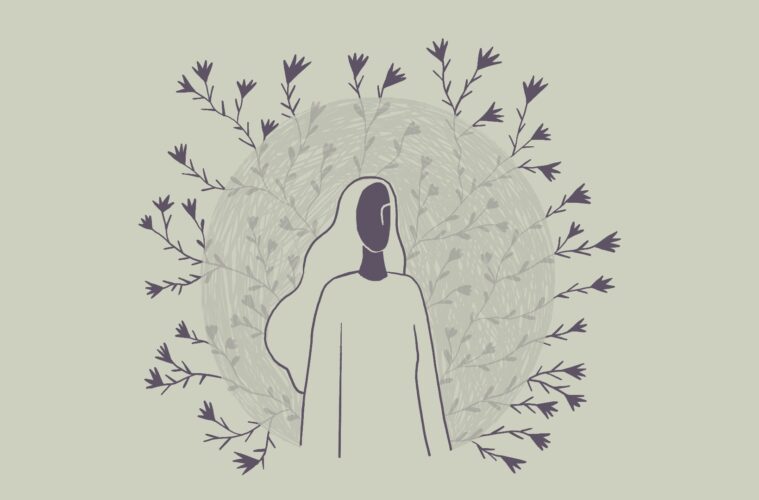 A few months ago, I wrote a letter. It was a letter to all men, especially lazy men. But it was also a letter to myself, admitting that I was perhaps too naive in blindly trusting all men in my life. So now, I am healing from the abuse of my trust and vulnerability, and am dedicating this letter to everyone and anyone who is doing the same.

If you also came to feel the devastation, the deep pain after an abusive relationship or experience – the logical step is to heal, right? But during my healing, I realised that we, women, will never heal, not fully. With the world that surrounds us and the reality that shapes us, it is nearly impossible to be completely healed.

And we shouldn’t be – we are oppressed, used, and dominated by men. How could someone experience complete healing when you know that too many of your friends are going through the exact same thing? If it’s not abuse, it’s domination of some kind. And if it’s most of my friends, it’s probably most women?

So, healing –  it is not what I thought it was at first. Healing is not only accepting what happened to you, but it is accepting that it happens to most women. It is to accept that all these feelings are not isolated, but are shared. Although there is comfort in this, there is also a devastating pain – how many more? Why can’t it end with me?  It is also acceptance of what I will have to deal with on a daily basis. I will see hurt, pain, and manipulation, and when I call any of it out, I will most probably be belittled. It is this acceptance that ache will be a part of me as long as the male-dominated world remains alive and largely unquestioned.

After I realised what was done to me, my diary was filled with rage. How dare he? He stripped me bare, and I allowed it, so he did it even more. I remember sending it to a group chat that I have with my girlfriends, and one of them sent us her own text. And then another friend described her own experience in a few words. We were all sobbing by the end of the night.

Different experiences, but they all had something in common – as women, we are objectified and used daily.

The unfairness we experience in everyday life appears as common as ever. It is just a mundane part of our existence. But looking through this lens of everydayness and seeing it for what it is – I will call it for what it truly is. It is oppression and it is structural. Sara Ahmed writes that when two people experience the same feelings of oppression, it is structural. Look at statistics or start a conversation with a woman about objectification or sexual assault. It will send chills down your spine.

So, I talked more, I opened up. I got angry on nights out, cocktail glasses clinking with other women who decided to join in our “man-hating parade,” as some would like to call it. We were all mad, we raged for hours on end. It was the most healing time in my life, yet the most hurtful. I had incredible women around me who shared experiences of assault, and I had extraordinary books that helped me explain my experience and my emotions. So, go read books, go talk it out. You will see yourself and your experience in a very different light, which will simultaneously make you feel lighter, yet angrier. We are not alone in our experiences, but oh my god, this means that this keeps happening everywhere and to everyone.

I was able to move on from my own experience. Yes, he did hurt me and ah, I will move past it, nothing a few therapy sessions cannot undo. But there was a different type of hurt building inside of me. Rage in my diary turned into existential pain. It is the structure of it all. It is the conformity of it all. He was playing his part and I was playing mine. I was being a woman and he was being a man. Just like in everyday life, I was mistreated, I played my part. This was in my habitus, to put it in Bourdieu’s terms. I grew up in a world that told me what is normal and what isn’t. All these arbitrary rules in my subconscious shape how I must behave. I didn’t question it. I mean, why would I? I acted the way it was expected of me. Is this the gender performativity Judith Butler was talking about? The performance that we all take for granted, but seriously affects our identity? Is it possible that the mere performance – the performance of my walking, talking, interacting as a ‘woman’ – ravages and destroys my mental health?

The performance of gender fuels sadness, but so does the realisation that we live in a very unjust society.

Talking with my friends about being a woman and realising that each and every one of us struggles with being a ‘she’ in contradiction with being herself is our reality. Living in this reality is not exactly easy. It makes sense, doesn’t it, that I would want this to stop? But I fully realise that I, myself, cannot stop this nonsense. In her memoir Depression, Anne Cvetkovich writes that mental illnesses may very well be the result of all the unfairness. Deep down, we are not blind and we are affected by it.

This defeat is topped by people constantly belittling you when you talk about the unfairness out loud. You’re either too sensitive or too noisy. Why can’t you just have fun? Feminists are killjoys, Sara Ahmed says, because we question everything that is otherwise seen as normal, mundane, or ordinary. I am a killjoy and I (or you) can’t do anything but accept it. It hurts seeing the world running as if everything were fine and dandy, while you are out there screaming, with everyone acting like you are the weird one. Me and my friends cry because we know we all go through this shit, yet we are deemed as the annoying ones. We are the killjoys of the world where joy is in actuality pain, but people do not want to see that.

This is why I will never heal, in the traditional sense of the word. Do not get me wrong – I moved on from my experience, and I am at peace with myself and my womanhood – but I am not at peace with what womanhood is at large. And I don’t think I should ever be at peace with it. I think I should be annoyingly loud and continue to call out sexism, no matter how banal it is.

To heal is to accept that I am a killjoy for many people.

Healing is finding authenticity in yourself. In being you, and not the woman you were prescribed to be. I am in my mid-twenties and my womanhood, up until now, has been dominated by maleness questioning my body, my brain, and my kindness. Alright, I may heal from that, I will put in the work. But then I realise there is one more thing I will never be able to recover from: my female friends have to suffer through the exact same shit.

To be authentic and to be fully, truthfully ourselves is to feel the hurt of others, it is to recognize the structural hands that grab us and use us as its doll. We see the exhaustion of playing gender roles, we feel the ache when we disclose this otherwise hidden reality. To be free means to be hurt – because we are not blind.