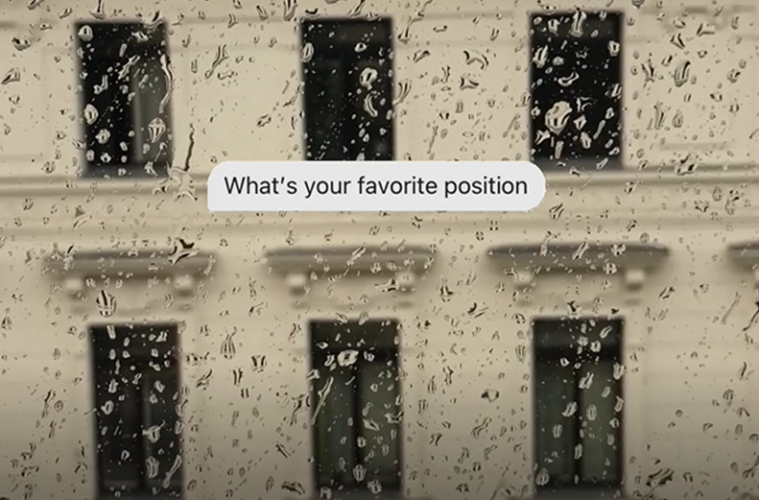 Is this a Compliment? A video essay

A video essay based on messages I received online – from men whom I have never met.

There is an invisible stress factor in most women’s lives – one that we are facing day by day. No matter where we live, who we are, or what we are doing, most of us cannot escape getting exposed and objectified by men through online platforms (just as easily as in real life). At first glimpse, it is easy to think that these are “just” messages but for most of us, it feels like ghosts reaching out to our bodies: we keep wondering what those guys would do in real life and that is what makes it threatening, and problematic.

How can someone, who you’ve never even met, think that they have the right to comment on your body, and say out loud what they would like to “do with it”?

„Is this a compliment, then?”, occurs the question. Or is it a form of harrassment? Where do we draw the line between the two in these situations? I would say, in these cases, the answer lies in circumstances. From your partner, a comment about your body could be a compliment; but it is not necessarily the first thing you want to hear from some random guy that texts you.

The motivation of this video project started with me getting super annoyed by the dating opportunities that COVID-19 brought with itself because the only way remaining to meet new people has been via dating apps and platforms. COVID19 made the online dating scene a bit busier in our everyday life, spent mostly on our sofas. I definitely received a lot more messages (whether through dating apps or Instagram) during the pandemic than before. After a while, I’ve reached my tolerance level: I was not mad or scared, I simply felt that I cannot ignore these incoming, objectifying comments anymore; I am the one who needs to deal with them. I wondered, do those sending these messages ever think about the effect of receiving messages these messages must feel like? What were they thinking, when hitting the ‘send’ button – if thinking anything at all?

It was not only the number of the comments but also their similarity that made me come up with the idea of forming a ‘poem’ out of them.

Even though most of the sentences displayed in the video are from different guys, their styles are undeniably identical – which actually raises the question: is this a systemic issue? If so, shouldn’t someone educate men on how to communicate properly with women online – and in real life, too?

I think it is important that in the video, I only worked with sentences that I have been told, and I read them out loud because, with this act, I can show that I am not afraid to talk about it, and if they say something about my body then I have all the right to take it and do whatever I want to do with it. As they think that they can do the same with me/us.

I only used my phone for the audio, the message bubbles are also screenshots from some of the messages I’ve received.  The reason I used my phone for all the recording is simple: I wanted to show that it is all happening on our phones, that is also why the video’s picture is in the format of a phone screen. With the quality of the video and audio, I wanted to point out that the whole situation with the messages is so primitive and not very thought-out – just like using a phone camera and recorder for an artistic project.

By Eszter Noémi Zwickl.
Eszter is mostly focusing on social and cultural issues with the tools of art and design. She is currently living in Vienna and getting her degree in design at the University of Applied Arts Vienna.