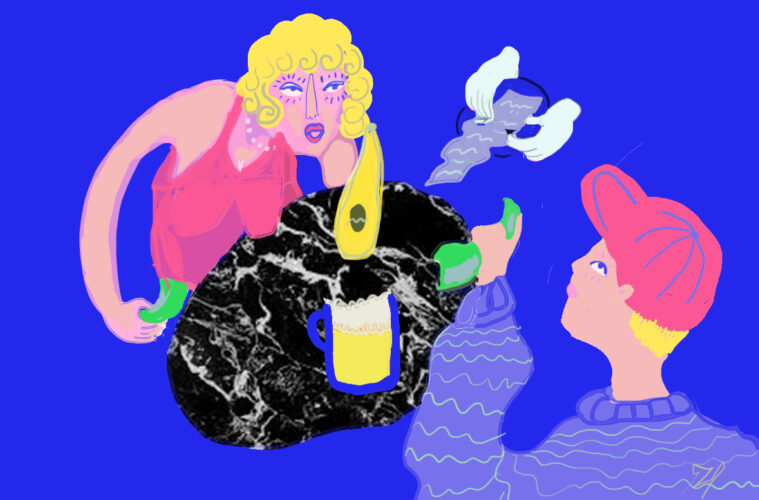 Opinion: The Pressure to be a ‘Good Feminist’

“I sometimes worry that I wouldn’t be such a feminist if I had bigger tits.”

This is one of the most hilarious scenes of Fleabag, the British TV series directed by the iconic Phoebe Waller-Bridge. And it also made me think. A lot. In fact, it made me come to terms with the fact that I’ve never been that faithful to the whole being a good feminist thing.

I learnt the real meaning of “feminism” in high school, during endless meetings in stinky classrooms, where older girls talked about equal rights and the end of patriarchy. At first, I was there just for the “cool guys”, to let them know that I was one of the “revolutionaries”. Which is honestly not very feminist, to begin with.

Anyway, since then, I’ve always tried to act in the “right” way, including being someone who depends only on herself for her own happiness.

I’ve become pretty confident in living my life autonomously. I’ve never let a guy decide for my future, I travel alone and I’m confident enough to ask a man out. Long story short, I’ve come to consider myself a very promising member of the modern feminist movement.

But then I moved to London and a guy asked me out for a beer. He wasn’t exactly a barrel of laughs, but, you know, who doesn’t like being recognized as a potential partner? (Bad, bad feminist!)

And so it happens that we’re in an almost empty pub in Soho. The waitress brings us a pint of Moretti (for him) and an apple cider (for me).

This moment triggered something in me. A reaction, so normal and natural, which blindsided me completely.

First, a little disclaimer: I come from Italy, where men usually pay your bill. There, it is considered a form of gallantry, but it can also be a bit awkward. They are expected to be paying and it is seen as kind, charming, even respectful. I grew up knowing that there is always a time during a date where the guy offers to pay, and here we have the paradox. The code of what is conventionally considered as “good feminist” behaviour says you must refuse (or at least, pretend to). This code is one that I’ve imposed on myself ever since I was told that paying the bill is just one of the many “male forms of control”. If you go out with me, then, the bill must be split. Always. So I can be seen as a feminist.

Which brings me back to that moment: my hands were moving, extracting my wallet, whilst in my head, I was sure that he would eventually stop me. But he didn’t. So I paid my share and later had to revise all my good conceptions about myself and my autonomy and blah blah blah.

I couldn’t help but wonder why I felt so upset for days. Was I a bad feminist? How would I explain it to my girlfriends? They would have kicked me out of the feminist club, for sure.  But when I talked to some of them, the reaction was this sort of hysterical laugh along with an “I know what you mean” face.

And so I wondered: What makes us good feminists? Is it our consistency with dogmas that make us open-minded people? Does it depend on our social background? Or on the books we read and the films we watch? I wish I had a handbook for this.

We girls tend to be brutal with one another: do not shave, do not suffer for love, prove you can do anything on your own, with no problem at all. Be wary, do not trust anyone. Don’t wear bras, don’t put makeup on just to please others. You can text them first (but don’t you ever show how lonely you feel). Frankly, it’s exhausting.

Having the confidence to ‘put it right’ should feel empowering and, well, easy. Natural, even. But yet again, our life is a bunch of contradicting dogmas which make us dissatisfied with ourselves, and eventually more confused than we used to be.

My close friend’s grandma took part in the 1968 protests. She said that at that time, feminism meant “When everyone fought – equally – for a common goal”. It was not a battle of men versus women, it was a war whose outcomes would benefit everyone, she said. This is what feminism should look like.

When Lady Diana opposed using the word “obey” in the traditional marriage vows, going against an outdated tradition. She opened a small hole in an old fashioned mindset and it was first of all her priority, not something she has to show to be on track. She is considered the woman who changed the monarchy. Still, she was a fashion icon and a mother of two children.

That was feminism as well.

As feminists, we’re required to be strong, seen as angry and stubborn, and that’s not necessarily untrue. We’re constantly criticized for wanting “the best of both worlds”, meaning that we seek power in what we do, but from time to time also want to be vulnerable.

But should this be a problem?

In 2020, we should stand up for another kind of feminism. To say it better, there are so many forms of feminism and we have just to be brave in showing them without fear.

Get rid of these stigmatized rules, at the end of the day that is what feminism is about.

So that, if your date doesn’t offer to pay for your pint, that is ok. You wouldn’t make a big deal if they were your friends. Try to contextualise. Maybe they just forgot.

Or maybe they are just being rude and you can always not call them back (there are other fishes in the sea!).

Sometimes it is just about ceasing fire in this eternal battle of sexes and enjoying every moment which makes you feel good.

Working for our own wellbeing and peacefulness, whatever it means, is the most feminist action a woman can take. And they are different from a person to another. It doesn’t matter whether we simply change our haircut or choose to not shave.

To never feel guilty, that would  be the greatest achievement. We’re all probably less feminist than we think to be. As I know, could be just a “tits matter”.

Written by Elena Giuliano.
Elena is a journalism student, with a first master’s degree in Economics. Coming from Bari, Southern Italy, she is proud of her cultural heritage. She is passionate about cinema, music and she’s into film photography.