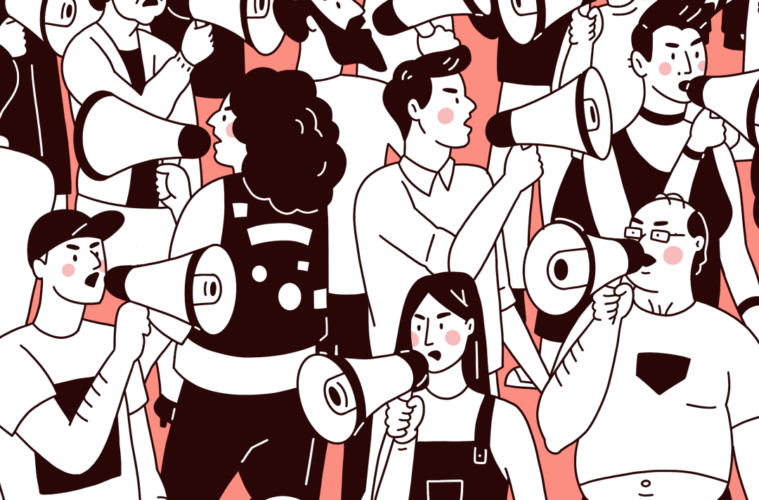 My truth, your truth, our truth? – The need to re-establish the value of empirical facts

Many of today’s extremist political decisions and movements are in big parts due to the trend of people putting their ideologies before scientific evidence and empirical facts, considering their own benefits above all else, above the benefits of humanity at large. Steven Pinker, ever since his 2011 book, The Better Angels of Our Nature, has been arguing that humanity has experienced progress (in all fields of life) and he names the three most important ideas of Enlightenment as responsible for this progress: reason, science (empiricism) and humanism (“the overall goal to make people better off”). In the so called post-truth era of today, empirical research and expert opinion lost its validity, as we all – basing our opinions and knowledge on the non-selective and non-scientific data we can find on the internet, and on the religious or political ideologies we happen to follow – believe we know what’s right, true and good.

At the same time we experience a free speech – and free press crises all around the Western world, on university campuses, on television, on radio and in the written media.

How can we, then, go back to what Pinker calls the “reality zone”, where empirical facts and science determines what’s true and what’s false, without eliminating people’s freedom to voice their own opinions?

It is a tough question, but the re-establishing of reason and rationality must be encouraged in order to keep our good chance of continuing the progress of humanity, and eventually reach the goals of social movements; racial and gender equality, the reduction of violence and religious and political conflicts.

Our strive for entertainment

Neil Postman argues that television made Americans (and the rest of the world) expect everything to be an entertainment, from religion to the news, from education to politics. The phenomenon is actually not new. Religion (particularly Christianity), politics, sports etc. have had long records of serving as the popular entertainment of the people. The spectacular religious rituals and costumes, the Olympic games in ancient Greece, parliamentary debates, executions… Yet, Postman emphasizes in his book, Amusing Ourselves to Death, that he does not believe having entertainment is bad, “we all build castles in the air” but it will become a problem “when we try to live in them”. Our strive for entertainment resulted in us leaving the “reality zone” and arriving in a “mythical mindset” where we judge news on the merit of their entertaining value, says Pinker, rather than on how scientifically backed and realistic they are. Addition to that television and the internet made it possible to spread the entertaining news and ideas with a speed that we have never experienced before. What is more, we witness a drop in the interest and desire of people even wanting to separate the truth from the alternative facts.

We should think of “the public self”

Klaus Benesch calls this “the demise of common sense” (he defines common sense as the shared reality of a society) and he claims that it is the consequence of the “substitution of the public by a private self” which is what I opened with, referencing Pinker. Benesch quotes Richard Sennett, who wrote in the 1970s, that “the lenses through which most of us view the world are now almost entirely filtered by private, intimate concerns”. This causes unimaginable harm in our private lives and in our personal relationships, however it becomes extremely dangerous once it is consciously adapted by those who have influence on our society at large – meaning politicians, journalists and public personal.

Susan Jacoby also talks about the issue, that in the Western world “the democratizing influence of the Internet is working to banish expertise altogether, making everyone an authority on everything” and “television, video games and the Internet have created a culture of distraction that has shortened attention spans and left people with less time and desire for two human activities critical to a fruitful and demanding intellectual life: reading and conversation”. She goes as far as saying that “America is now ill with a powerful mutant strain of intertwined ignorance, anti-rationalism and anti-intellectualism”.

The response of academics and journalists

Tom Nichols and Klaus Benesch agree that we experience “the death of expertise” and they argue that “it extends far beyond academic institutions to affect almost any form of professional training”. Bruno Latour, probably the most important contemporary philosopher of the subject, admits that the emergence of anti-professionalism was also the result of the misfocus of academics themselves:

“The mistake we made, the mistake I made, was to believe that there was no efficient way to criticize matters of fact, except by moving away from them and directing one’s attention toward the conditions that made them possible”.

Journalism’s response to the crisis was the emergence of the new “business” of fact-checking. I agree with James Harkin that when it is over-done (meaning that journalists focus solely on finding each others’ minor mistakes, regardless of how clear the writer’s argument and message otherwise is), it takes up way too much time and energy of journalists and it’s at the expense of good quality stories being created in the first place. Harkin suggests trying to restore the authority of journalism by doing less but “with greater depths and context”, which of course sounds nice, but seems rather naive. Which news outlet will be the first to slow down and sacrifice money and prestige while everyone else is racing with extraordinary speed, simply for the greater good?

Still this seems to be one possible solution to the issue. Journalists must re-evaluate what Pinker calls one of the three most important Enlightenment ideas: “the humanist goal to make all people better off”. Alongside journalists, politicians and academics we must consider it our responsibility too to go back to scientific reasoning both in societal and personal matters and for example fact-check our own truths and make sure we vote for those that we believe can genuinely stand for the common good of people. Because as 18th century philosopher William Godwin, father of Frankenstein writer Mary Shelley, asked “what magic is there in the pronoun ‘my’ that should justify us in overturning the decisions of impartial truth?”.