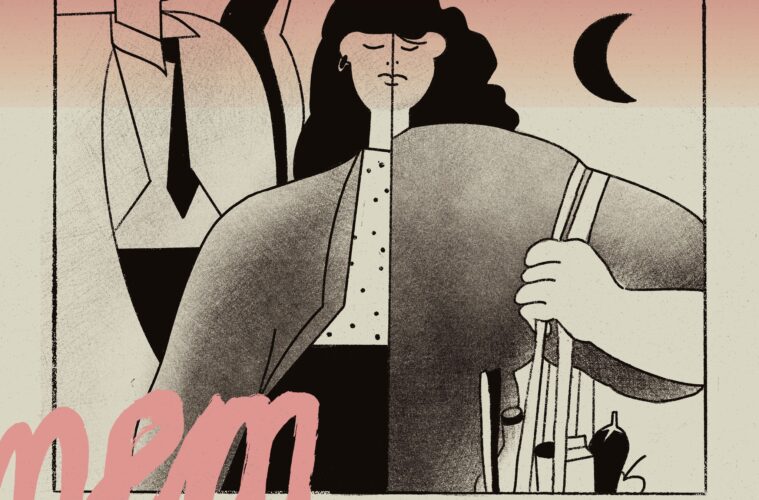 What Can Feminism Look Like in Hungary? Meet NEM!, The Women for Each Other Movement

For the Hungarian version of the article, click here.

If you’re a Budapest local, NEM! may already be familiar to you from the stickers and menstrual product donation boxes in the toilets of your favourite bars and community spaces, but the movement’s campaigns extend to the online sphere and the streets of Budapest too.

In the lead-up to “I Only Asked For One Thing!”, a  Feminist Festival held at Auróra between 12-18 December, Lazy Women asked NEM! A few questions about feminism in Hungary, reactions to their campaigns, and their involvement in the festival.

Could you briefly introduce NEM! to those unfamiliar with your work? How did it all start, and why?

The Women For Each Other Movement was founded in the summer of 2018 by a wide circle of friends. We started to self-organise because we were fed up with constantly having to deal with various forms of patriarchal oppression in our immediate environment and in our own lives. The organisation was born out of the realisation that we share a common experience, and the belief that we can empower each other and others to challenge oppression.

What feminist issues should be given more emphasis in Hungary?

In Hungary, there currently isn’t a big scene for the left-wing feminism critical of the capitalist patriarchal system that NEM! represents. In our campaigns and the issues we address, we try to highlight the inequalities and contradictions arising from global capitalism, especially the exploitation of women.

As our convictions are rooted in the criticism of the system, we believe that to understand the situation of women, we need to look at the roots of oppression and the mechanisms that force women into certain social positions. The exploitation and oppression of women is a fundamental part of the functioning of capitalist patriarchy. It is therefore important not only to look for solutions to remedy the symptoms of the system but to criticise the system itself as well.

How does NEM! address these issues?

Our next campaign, Make it visible!, focuses on reproductive and domestic work, drawing attention to the fact that these jobs are much more often done by women, are often unpaid or underpaid, without which it would be impossible for the capitalist system to survive. We launched the campaign with public action.

We are currently working on a follow-up to this campaign on the issue of paid reproductive and care work. The devaluation of these jobs under the current system is also clearly visible through the current teacher protests. It is the very professions and workers that the system treats as unimportant that are the ones who are in fact the foundations of our society. We can also recommend our series of articles on this topic (in Hungarian): legyen látható! « Mérce (merce.hu)

You can watch the public action launching the campaign here.

What difficulties have you encountered during the campaigns so far?

NEM! will also participate in the upcoming feminist festival in Auróra. What are you planning?

You can find the full program of workshops and ‘non-conferences’ that NEM! and other organisations are hosting during the Feminist Festival here, and more information about the festival and its events here.

This article was written by Johanna Ács.