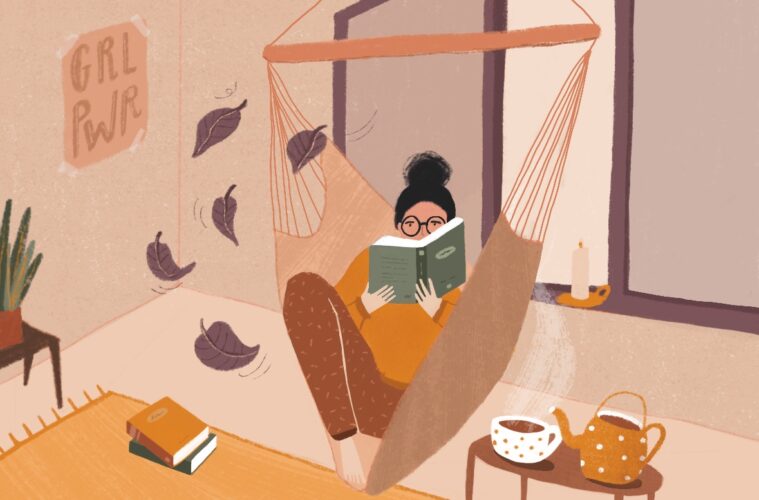 What to read in autumn? A Lazy Booklist

No matter how much the feminist movement pushes forward, certain and seemingly evergreen social expectations towards women stay with us, one way or another. We have all heard the basics: be nice, be quiet, don’t be provocative or promiscuous, get married, have children. The list of demands is truly never-ending.

For my favourite fall reads, I have selected three books, where both the heroines and writers in their personal lives redefined what it means to be a woman, a feminist, and expanded the idea of how to live your life on your own terms.

When I first read this novel, I couldn’t believe that Atwood wrote it 50 years ago. The title itself is a (not so) subtle hint about the kind of metamorphosis should the readers expect. Atwood focuses on the objectification of women, and the outcomes of that objectification in our consumerist society. While Marian, who works for a market research company, is looking forward to starting the next chapter in her life as a dutiful wife, one day shortly after getting engaged she notices she is no longer able to eat meat. She observes a piece of steak and sees the uncanny similarities to the human body: muscles, blood, veins. Slowly, she turns away from pig and chicken; then the more she forces herself to fit into her fiancé’s, Peter’s conventional world, the more she loses her appetite, as she develops a sense of empathy for the food we consume.

The Edible Woman has countless dimensions, it can be observed from a dozen angles, even from a vegetarian one. In one of the book’s most memorable scenes, Peter is taking a picture of Marian at their engagement party. Marian waits for the flash of the camera in terror, she feels as though she is the prey, about to be captured and shot. This scene alone encapsulates the story in such a vivid way; it’s a turning point where the parallels between the bride-to-be and an animal are at their most clear and raw.  With the narrative shifting between first and third-person, we get a deeper understanding of how Marian loses her sense of agency, and how, in a final, triumphant move, regains it once again.

A good feminist is a self-reflective one. In this collection of essays, Gay addresses pressing questions of modern times: what it means to be black in America, what it means to be a black woman, and what it means to be a queer black woman. The thing I love most about Gay is that she is never afraid to admit when she’s wrong or biased.  Gay reveals herself to the reader fully, which is far more relatable (and useful) than any filtered performative feminist activism we see on Instagram. This kind of honesty and transparency makes the author a reliable source; she never intends to preach, rather just provoke a discussion. And the discussion is often about the “bad feminist” she claims herself to be.

In an interview, Gay explained that she feels like the feminist movement of the 21st century aims for glossy perfection without taking human flaws into consideration. This is important to note before reading her essays, to set our expectations. Her book showcases her mistakes clearly, and those parts of her work evoke happiness, anger, and shame all at once. But that is, precisely, the most crucial point of reading Bad Feminist: letting someone make their mistakes and support their growth regardless. Bad Feminist is not only an excellent and educational collection of essays, but also a manifesto of Gay’s activism; she has lived through traumas, has experienced pain and discrimination herself, yet she is far from backing down from the fight, and this energy radiates throughout her entire book. And if we can learn just one thing from her, is that it’s still better to be a bad feminist than to not be a feminist at all.

In her work, Millett not only exposes her own sexuality and sex life with piercing observations, but she also critiques it. “The Sexual Life of Catherine M.” is truly a unique piece of writing, through hundreds of pages the theme remains the same without even detailing her romantic life or other “softer” topics. I have never read anything that was so blunt and honest about the human body, the mechanism of the female body with all its desires. In a world where society sexualizes women as desirable objects, yet doesn’t allow them to claim and actively enjoy their own sexuality, this book is a revelation, a political stance. Men are still more encouraged to talk about their sex life than women, men are celebrated when they detail their promiscuous adventures. And women? Women are encouraged to be pure, but not a prude. To be flirtatious but not needy. “Don’t be the lock that every key opens” but also don’t be frigid, we are told. It appears that according to social norms, female sexuality is one size fits all, evading any anomaly.

Millet is here to contradict all of these mystifications and expectations, once and for all. Immersing myself into someone else’s sex life made me blush a little, to be honest. Although the book sparked many controversial debates after its publishing, for me it was hands-down one of my most rewarding reading experiences, a kind of milestone. Whether we are comfortable and open with our sexuality or like to keep the intimate details to ourselves, seeing a woman own her body and her lust shamelessly in front of the public is a huge win for everyone.

Every single time I finish trailblazing novels like these, I become so painfully aware of my lack of knowledge when it comes to the feminist movement; I feel like a high school girl again, when I called myself a feminist just because I listened to Beyonce and memorized passages from Sappho. Each of these stories reminds me of a new dimension of the movement, yet to be discovered and understood by myself. Even though the stories above and their protagonists might appear dissimilar, their essences and struggles overlap. These women represent the somewhat the opposite of what our society, since the beginning of time, condemned women to be. They can be outspoken and fierce, tired of conventions, able to own their sexuality unapologetically; but overall they are just humans too. They inspire us to be nothing else, but ourselves – and that is more than enough.

Written by Tamara Csibra-Kaizler.
Currently studying English and Bibliotherapy in Budapest, her special field of study is the link between literature and mental health. She organizes open readings for aspiring writers, works both in Budapest and in Mexico.