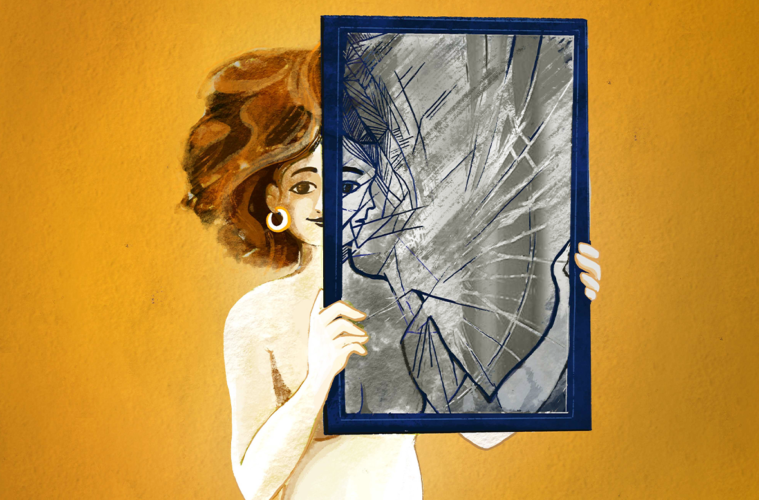 Green Flags: Learning How to be in a Healthy Relationship

… after you left an abusive one.

I started off my love life in a toxic relationship when I was 17 years old – unfortunately, this is not a unique, purely individual experience (you can find statistics here and testimony on Lazy Women). Although I’ve had some flings before, my first big love was an abusive, ten-year-older man who I loved madly. But I’m not here to talk about the relationship itself and use this platform for a therapy session. Well, I am still going to analyse my love life though, to show you that it’s normal to feel strange in a peaceful romantic connection after an intense, toxic relationship.

So how did I find a feminist partner after a toxic one?

It is difficult to realise that you are in fact in a toxic relationship if the first and only (romantic) love you know is abusive if the media romanticises the overly jealous type of partner who will fight for your love even if you reject them, and if healthy love in movies is shown as boring.

I grew up in a loving family. My dad especially raised me to be strong and independent of men. I had a hard time understanding how I became a victim of an abusive partner, nonetheless. I didn’t even know it was an uneven situation until two years after the breakup because my ex always said we had a bad influence on each other equally, and well, I was a kid – and he wasn’t – so I believed it.

I was so fortunate that after a bunch of self-reflection (many thanks, among others, to COVID-19, my semester abroad, and being privileged enough to have access to several sources on the internet) while growing into this self-aware, open-minded young woman, I realised what my values are when it comes to a relationship and how these values were neglected in the past.

I became more capable of setting boundaries without even realising how vulnerable I had been in the past.

Once, I was casually listening to a podcast about abusive relationships in 2020, and the hosts were listing the signs of such partners. I noticed I was ticking things off in my head, and I had to sit down. Somewhere I knew that none of the bad things was okay with him, but I can honestly say I never thought it could have been something legally punishable, which says much about the socialisation of girls, doesn’t it? After this realisation, I told my partner at the time, my family, and my best friend, and started therapy as well. I needed an additional 1-2 years to be open about what happened and not blame myself for it.

So back to the timeline: after the hurtful breakup, I had time to myself, and later on, I almost only attracted caring boys with kind hearts. They were never controlling, and they’ve never tried to close me into a cage, in contrast to my ex. At this moment, while I’m writing this, I am with someone who respects the shit out of me and is a FEMINIST in capital letters.

The after-effects of an abusive relationship

I have no reason to complain right now, except for the fact that I am still not used to this. To the understanding, the lack of criticism about my appearance, the patience if I don’t feel good, and not being forced to have sex if I don’t want to do it. They say it is easy to get used to the good things, and that is perfectly accurate. Regardless, my mind has been operating in a repeating pattern since I was traumatised, expecting the worst surprises and reactions from my significant other. When it was an everyday reality to get lost in a spiral of lies and to be manipulated, gaslighted, to be afraid of getting cheating on or getting hurt (mentally AND physically – here are other ‘symptoms’ of a toxic relationship) for three years, how can one not be doubtful anymore? When will the fear that my partner might snap if we’re talking about an issue disappear? How many times should they prove that they are totally different? How many ‘green flags’ can I ignore out of worry?

The highs and lows

Lucky people, who have never had an experience with an abusive partner, ask very often, “Why did you stay?” Why didn’t you just leave?” Apart from the nature of that type of relationship (in which you frequently do not have the option of leaving because you are afraid of being hurt or worse), one reason is that the highs are super high. Like some drugs, it is addictive, and you get through the lowest of the lows just because you know that the (briefer and briefer) honeymoon episode is coming, and it feels so good, like flying. But after a blink of an eye, you are again pushed down to the floor. And again and again. You are conditioned to these waves.

If you talk to victims about this matter, they almost always mention passion and excitement.

It is not untrue: with a toxic partner, you are never bored. And, if you have ADHD, you’ll seek out exciting things in life to increase your dopamine levels, won’t you? But even without the disorder, it is still good to live like in a movie, isn’t it? Well, if you are a teen or inexperienced, it could seem so, but it isn’t.

Do not expect a change overnight, dear

In the past few years, I’ve even caught myself functioning in a destructive way that could ruin my relationships. I was (and unfortunately still am) looking for clues and reasons to break up and cause unnecessary fights (it happens less and less frequently, though). I am a work in progress. With a partner who is patient and loves you unconditionally, you will slowly get used to telling them if you have a problem and being surprised that you are able to discuss controversial things in peace as well. You might want to open up to them about your past traumas so they will understand why you are acting strange or unusual, and they will support you on this journey. I am not kidding, there are such people out there!

In my more balanced relationships, I learned that I misunderstood the definition of boredom and excitement in a romantic connection.

It is incorrect to anticipate excitement by becoming insecure about your partner’s feelings for you. We have to try to make our lives together exciting instead. We have to communicate our feelings and thoughts without one of us being in a dominant position. We have to make an effort to make the relationship work. Even if our partner doesn’t tell us at the very beginning of our relationship that “we must be soulmates”.

Written by Dorina Nagy. Find her most recent pieces here!