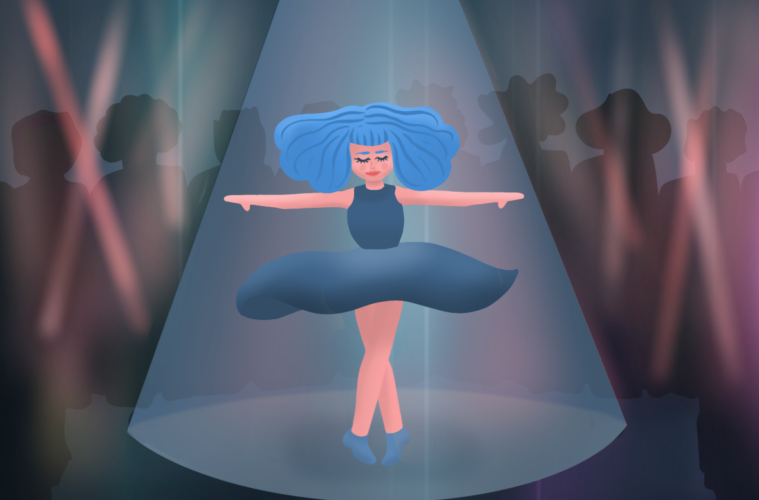 “Every time I go out, I strive for a smile from a stranger, which will tell me I have been noticed; that I am attractive.”

I have not been able to admit that for a long time – in fact, I still find it extremely embarrassing and guilt-inducing, especially because I am in a happy, committed relationship. But receiving such praise from my boyfriend, friends or family is clearly not enough for my ego – a biased opinion simply will not cut it. In the last year or so, this anonymous social interaction has become unprecedentedly unavailable, as we all remain locked inside. My recent crisis of confidence has made me question if the level of external validation I crave is even bigger than I once thought? Is the sudden lack of access to external validation responsible for my current crisis of confidence? Will I magically believe in myself once again as society re-opens?

Socialisation has made a lot of young women feel this way, but at the same time, it blames us for being unable to manage our own self-confidence. I, in no way, wish to depreciate young men’s experience of self-worth in writing this, but it is almost undeniable that there exists a general pattern in which asymmetrical power relations ensure self-esteem is a problem that targets young women in particular. Whilst it is important to receive professional help if particularly affected by such issues (and I wholeheartedly encourage anyone to do so), there are strong arguments that this is a broader societal issue which cannot be solved solely at an individual level.

Conditioned to care about what men think

In 2021, sadly, it is still ingrained into many women to value our self-worth on men’s reactions to us. Everything we have consumed since childhood – newspapers, television, advertising, the school curriculum (etc. etc.) – has been a long and steady education in the lesson that the male viewpoint rules.

Sure, there are some women who reject the hegemony, but most of the time, it is a completely subconscious habit to value our self-worth on the men’s opinions around us.

Gender inequality ensures this remains the case, as men remain predominantly in powerful positions. For example, in July 2020, there were still more CEOs called “Peter,” than there were women CEOs in the FTSE 100. This means the “Peter’s” remain the ones we have to impress by default.

Over the last few years, a dangerous overlay has been added. Increasingly, we have been fed the message that confidence is the way to render ourselves attractive to men, masked under the disguise of empowering feminist rhetoric. In 2017, Rosalind Gill and Shani Orgad aptly described this as ‘confidence cult(ure),’ which represents a new method by which to regulate women:

These circulating discourses of self-love and self-confidence constitute a new ‘cultural scaffolding’ for the regulation of women, a move deeper into women’s psyches so that women must work not just on developing a ‘a beautiful body’ but also ‘a beautiful mind.’

Confidence culture abounds within popular media: Amy Cuddy’s famous TED talk on the ‘power pose’; Katty Kay and Claire Shipman’s The Confidence Code (2014), which encourages women to seize the initiative and stand up for themselves in order to “have-it-all”; and magazine advice such as, ‘Most men agree that a confident … woman is easier to fall in love with than a needy, neurotic one’ (Glamour Magazine 2009, cited in Gill and Orgad).

Whilst I wholeheartedly agree that everyone has the right to feel confident and comfortable within their own body, there is a dangerous flip-side to confidence being ‘the new sexy.’

Consistently framing self-doubt as a ‘toxic state’, means that it becomes ‘un-sexy’ to have moments when we falter. Is doubting my attractiveness if no one asks for my number on public transport in the way rom-coms have trained me to expect, the very reason why no one is asking for my number?

Women are placed in a catch-22: if we seek external validation, we are unappealing, but society has been constructed on the basis that we can only be validated by men. Gill and Orgad proceed to pithily summarise this paradox: ‘Confidence is sexy because it does not challenge the patriarchal gaze and asymmetric power relations’. It is women’s work to become more confident, rather than men’s responsibility to change their societal expectations, which completely ignores structural systems which ensure we are unable to do so. Instead, our capitalist society rewards over-confidence. Current feminist pushes are geared towards increasing girls’ confidence to match boys.

We should instead be teaching that it is normal to have moments of self-doubt – for all genders.

Upon (a hell of a lot of) reflection during lockdown, I realised that I used to receive a weekly ego boost when going out dancing in nightclubs. As a dancer, the feeling that I received when people complimented my dance skills in a club, was ‘just like an addiction,’ as Taylor Jenkins Reid describes in her recent fiction. I kept searching for the next complimentary hit, looking around and deciding who would be my next target to dance-dazzle. It was the only way I knew how to feel good about myself. When society started re-opening last summer after the first lockdown, I tried returning to that person during an outside barbecue. The music was on, someone was pouring compliments into my ear, and I felt alive for the first time in months, so played into my role as ‘dazzler.’

This made everything worse. I had fallen off the wagon of praise-sobriety and now desperately needed the next confirmation of approval. On top of this, I felt guilty. Guilty that I was so fickle, so shallow, so willing to do anything for a shiny, golden compliment that would never last in making me feel good. It was a selfish quest that could threaten my relationship with my partner. As one reporter for the Huffington Post wrote in an article on how clubbing affected his mental health: ‘This high is short-lived and the next day, reality smacks you in the face.’

After the barbecue, public places started to close their doors again, I moved back to my family home and my confidence plummeted even further. And it was not just physical confidence – everything suffered. I no longer believed that I was good enough to complete university assignments, so requested multiple extensions. Everything I was writing felt as if it was not worth the (virtual) paper it was written on. Then one day in Lockdown 3.0, I found myself glaring in the mirror, feeling that everything about me – not just my external appearance – was ugly. Whilst I had had moments of self-hatred before, this was a new low. My opinion is that this has been a common occurrence amongst young women during the pandemic.

The tremendous burden of improving our own self-esteem within a system which does not enable us to do so, has been made one hundred times worse by Covid-19.

Sara Ahmed effectively summarises how important self-esteem can be: ‘when you lose confidence, it can feel like you are losing yourself, like you have gone into hiding from yourself.’ So, I have not only gone into hiding from the rest of the world during lockdown, but also from myself. In previous times, I would have scratched my failure to “manage” my self-worth into my skin, but lockdown has made me realise it is not my failure, it is the way we have been trained to judge our own self-worth which is the problem. Perhaps there is a silver lining in the Covid cloud for me after all. Until the patriarchal practices which socialise us, are deconstructed from a feminist perspective, we will never be able to truly achieve the sort of self-confidence that The Confidence Code promotes. A collective re-think about confidence is far overdue.

I have recently been exposed to a trend amongst gender academics which emphasises the importance of collaborative work, rather than thinking of our writing as private property. For example, famous gender theorist, Judith Butler spoke beautifully about co-authorship in a recent virtual lecture on ‘Doing Feminist Thinking,’ and Sophie Lewis structures her controversial manifesto for ‘gestational communism’ around a co-dependent author analogy: ‘we are all awash in a matrix of our collective labor’. This forced me to re-think my responsibility for mine, and others’, self-worth. It should not be an individualistic task that I must discover some confidence to render myself ‘desirable,’ but something we can all contribute towards in an effort to create a new system of self-worth for everyone.

Therefore, from this point onwards, I am going to try my best to spend the time I would usually be devoting to the quest for perfect, self-validation, to doing things I actually want to do. I am not giving up: if I learn helpful, confidence-boosting techniques along the way, then that will be an additional bonus. But, taking some of the pressure off myself to “learn” confidence, and realising that systemic structures influence my conception of self-esteem as well as my individual effort, will prove far more useful. In the meantime, I am passing the writing baton on to anyone who wants it. Continue this collective attempt to rethink how we value ourselves as young women: there is certainly nothing lazy about such a project.

Written by Izzi Williams. Check out her most recent pieces here!