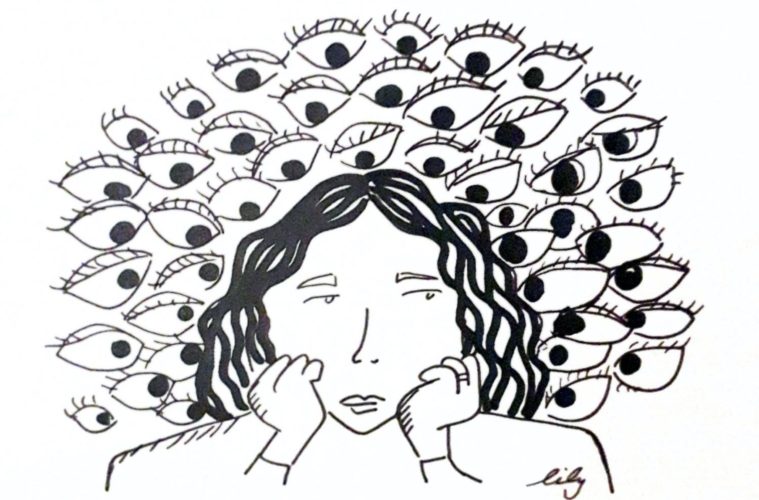 Kill ‘em with kindness, or the problem with popular feminism

I’ve been thinking a lot about how confusing feminism is, in an era where it is now deemed ‘cool’ to be a feminist, and in which many high-profile celebrities seem to claim to be one. At first, I thought to myself: this is good, surely by popularising it we will be able to overcome inequality. But I felt torn when looking at Instagram influencers or TikTok girls and how hypersexualized they present themselves, how photoshopped and perfect and smiley they always are. I thought, is this really what feminism is about?

On the one hand, many of these influencers send empowering messages about the fact that they’re doing it for themselves, that they can do what they want with their body and that makes them free. On the other hand, they’re perpetuating the same kinds of performativity and ideals of perfection that are crushing little girls, making them believe that this is who they should look up to. In a sense, they’re telling us to close our eyes to all the negative things we might be feeling, to rise above it. Selena Gomez sang about ‘killing ‘em with kindness’, an expression that encourages emotional control when facing a troublesome situation. But does killing ’em with kindness really work to dismantle the patriarchy? Or is it just a way to cope and fit into the already existing system, to survive?

After doing a bit of research, I feel like I know where I stand a bit better. Gender studies researchers such as Rosalind Gill or Angela McRobbie have shed light on the fact that the kind of popular feminism we are subject to in popular culture today is reflective of postfeminist values, and that those values are built upon a discourse, or ‘psychological register’, that merely teaches girls how to survive in a neoliberal world. We are often told that confidence is key, that if someone does you wrong just smile, that you have to be productive, proud, positive. Always. Stay. Positive.

There’s no space for angry, sad, lazy women on social media. Because that would be attention-seeking, right? That would be bringing other girls down, wouldn’t it? But a girl who looks at, say, Emily Ratajkowski’s Instagram profile, and sees a girl who is a size 0 with the perfect amount of tits and butt, a tiny waist and big lips, posing in uncomfortable poses and almost naked 80% of the time… what does that tell her? It tells her that if she wants to be successful in life, this is how you do it. Don’t get me wrong, I’m all for girls embracing their sexuality. But being sexy shouldn’t have to necessitate any kind of botox, eating disorders or anything that involves some kind of compromise. Feminism shouldn’t be about compromise – especially around physical appearance – because compromising means normalizing the toxic standards imposed on us.

Of course, girls’ relationship to their bodies is something that is very complicated, and we can’t just suddenly stop performing gender with a snap of a finger. But if we stop inundating girls with the idea that their body is their brand, then maybe we’ll get a step closer. What postfeminism seems to be doing now is encouraging girls to carry on being objectified and objectifying themselves, but all under the illusion that they’re doing it for themselves, just because they can (economically) benefit from it.

Postfeminism found a way to pick and take whatever it wanted out of the feminist discourse, leaving out how gender inequality is a structural issue.

Instead, it makes us believe that if we aren’t happy, it’s because we didn’t try hard enough. If we’re angry, well, we better hide it because no one wants a hysterical girl. If we’re not confident, then why not spend money to look better? Because, if you look better you’ll feel better…right?

We live in such a hypervisual world, in which it’s so easy to profit from looking good, and I get why it might be tempting to want to be a part of that. I also get that girls aren’t always aware of how much they perform. This was always going to be a slow process. But if Emily Ratajkowski calls herself a feminist without acknowledging the issue with that, that’s when the problems start. Gender inequality is not yet resolved, and we can’t just undo what has already been achieved by feminists, nor can we invisibilise the structural problem behind it. Feminism is and must be understood as a fight against a system of oppression. And even if girls can benefit from that system, it doesn’t mean the fight is over.

Written by Lily Butler.
Currently doing an MA in Cultural Studies after a BA in Liberal Arts in London (with Film Studies Major), Lily is probably best defined by her interest in a wide range of subjects. From film to illustration, to general research in social studies, she likes to juggle between disciplines. Her current MA dissertation focuses on a psychosocial approach to the exploration of female social mobility through female life writing.