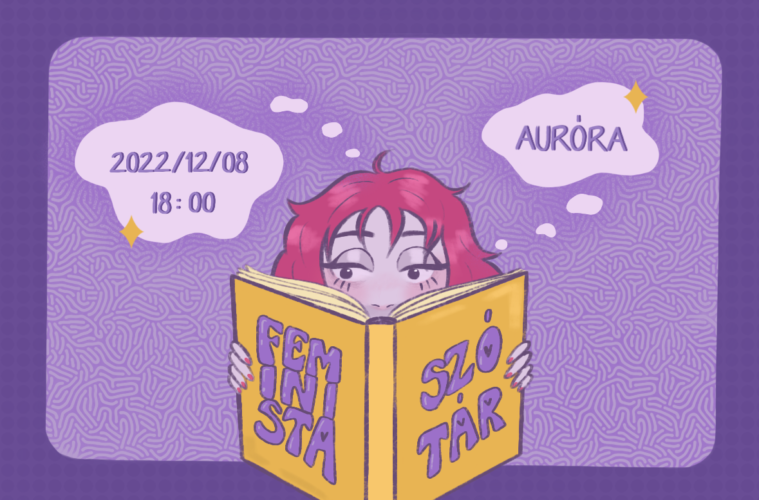 This article was originally published in Hungarian, read the original version here.

In 2017, I graduated from a high school in a rural town in Hungary. I have always loved history and social sciences and enjoyed learning about the past and how it has shaped humanity’s present. I also loved reading books and novels since I was a little girl, by both female and male writers, until I burned out in the hustle for literature classes. I never heard the word feminism in any of the classes, maybe we mentioned the suffragettes once or twice. As far as I remember, we learned in-depth only about one female writer (Sappho) during the five years.

In most of our studies, the woman as a human being was a secondary character – a love affair, a visual satisfaction, a muse, or a troublemaker.

That was all the vast majority of my class got – there were a lot more of us girls – to hear about how the women of the past generations paved the way for us, how they made it possible for us to go to school and learn.

Four years later, I became interested in feminism, thanks to the algorithm of a social media site. Sounds ridiculous, doesn’t it, that I had to find out about the whole movement and its ideas this way? The internet has taught me so much about the concepts and perspectives that are associated with the movement and set me on the path to notice and, more importantly, to take action against the patriarchy. Perhaps the only credit I am going to give my school is that I am able to filter out misinformation from all the data that’s out there.

So, I asked myself what should we do so that other girls and women wouldn’t have to wait at least 23 years, or more, to encounter the same basic concepts like feudal social structures or metaphors.

The Challenges of Being a Feminist in Hungary

In Hungary, the feminist movement faces many challenges, starting with the anti-women and anti-gender policies of the government, along with the classic sexist culture that has existed in our society for centuries. One of the biggest obstacles we encounter is the well-known low quality of public education. The leaders of this country are not interested in an educated society, so in the 12 years they have been in power, education has suffered such damage that it will take years, if not decades, to at least get back to the starting point. Such as the forced relocation of the Central European University, the prohibition of gender studies, and the lack of mention of feminism in classrooms have brought us to these present days when neither girls nor boys understand what toxic masculinity or internalised misogyny means. It seems that the people who developed the curricula were simply too lazy to think about the other half of society.

When we talk about feminism in the Hungarian context, the unpopularity of the movement frequently comes up: on the one hand, most of the technical, Western terms are not understood by the majority of society, on the other hand, because it is often identified with extreme misandry. For example, the misconception that a “radical feminist” is an activist who is aggressive and wants to oppress men – even though it means a feminist who is critical of the system – arose as a result of the same mistranslation.

The problem stems mainly from the fact that the movement and its ideas are coming from Western culture, while Hungary (and Eastern Europe) have difficulty keeping up with them, as the governments of these countries have not even been able to protect basic human rights to this day. And the rest of the feminist discourse can quickly be deemed as ‘elite hysteria’ if there is no knowledge of the terms used.

So how could we expect a human rights movement to gain space beyond the capital’s intellectual circles, in the midst of the ever-growing social, political and wealth gap in Hungary?

Create a Feminist Dictionary With Us!

The Aurora community space in Budapest organises a feminist festival with the title “I Only Asked for This One!” between 12-18 December. The event’s main goal is to unite Hungarian feminists and interested people; to work in the framework of various workshops to move the issue a little bit forward at least. So, how do we break down the walls of elitism around the movement? As a first step, let’s find understandable and accessible terms instead of too distant and academic expressions.

For this, we ask for the help of those who know and use the following expressions:

So help us try to put the following expressions into a Hungarian context, translate them, or find a Hungarian equivalent for them. You can already email us what you think and which words you find the most important to translate, and come to the workshop on December 8th, at 6 p.m. in Aurora!

Written by Dorina Nagy. Find her most recent articles here.