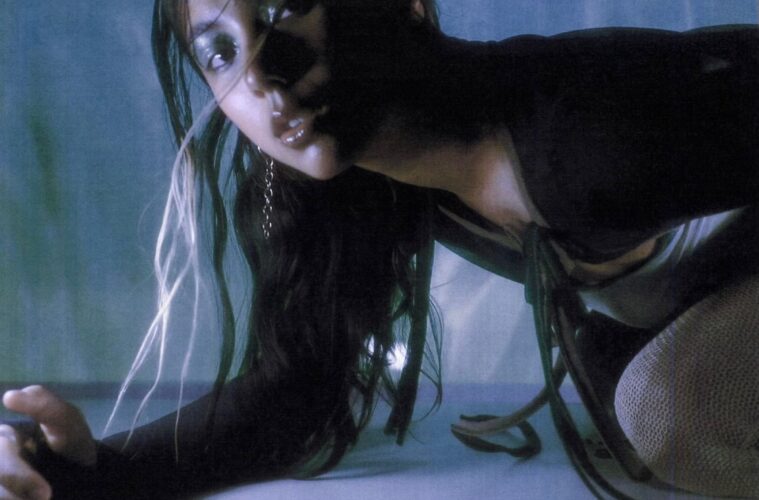 Lazy Women of the Music Industry: Interview with Spill Tab

I first came across spill tab, aka Claire’s music on Instagram, where several of the influencers I follow (typically women in their twenties) have chosen one of her very first releases as the soundtrack to their reels, capturing some of the most beautiful, yet somehow melancholic moments of their lives. With its dreamy vocals and hopeless romantic sound, the song in question, ‘Cotton Candy’, quickly became a personal favourite of mine.

Did we kiss ’cause it was dark?
Or did we mean it?
Was my embarrassment enough
To make you see it?

The lyrics made me reminiscent of feelings of first love, a certain kind of innocence and perpetual uncertainty that characterised my teenage years.

To my surprise, when checking out the rest of spill tab‘s music, I realised there’s so much more to it than this very specific vibe: even better, her songs showcase a large variety of emotions, ready to carry you through the day no matter what mood you find yourself in (on days when I am in lack of fearless energy, I listen to Grade A or Sunburn).

On the occasion of Claire’s upcoming Paris show, I had the chance to exchange a few words with her. We talked about inspirations, laziness, and much more.

First things first: when was the last time you let yourself be lazy? What does being a ‘lazy woman’ mean to you?

I think being lazy is more of a lifestyle concept, an approach if I may, which I definitely incorporate into my daily life as much as I can.

Laziness means being a little hedonistic to me, which I definitely support.

Who are your greatest female inspirations (not limited to the music industry) and why?

I have no idea, there’s too many, and I like that there’s too many to count. I like seeing an infinite amount of women being successful in their careers and personal lives etc… They all inspire me haha. But of course my mom, she’s a saint, she’s been through 50 lifetimes of shit and always manages to stay positive and encourage those around her. She’s incredible.

You’re French-Korean American. How has your mixed heritage influenced your taste in music and eventually the making of your own music?

It’s exposed me to different cultures that have very different musical histories and sensibilities. It’s given me appreciation of all kinds of music more I think, and in return it’s made me more adventurous in my own.

Similarly to Lazy Women, you launched your first singles as ‘spill tab’ at the beginning of the covid years. Is this a mere coincidence or did lockdown give you more time to focus on music?

I think a little bit of both, because a lot of the songs that came out during COVID were songs that had been starting or even finished before the pandemic started.

The pause definitely gave me more time to create more of it, but I also didn’t feel super inspired for a lot of that first year.

So I think it was a really nice combination of having some things on deck, and the music industry / music listeners having space to receive more new music during that time.

Have you ever felt that your creativity is at odds with the structures or norms of society?

Not really, even if I’ve felt uncomfortable in some rooms I’ve been lucky enough to find rooms and people that make me feel quite understood, and for me that’s been my little society, my little village of people that inspire me and that I pull from. I definitely feel that awareness that I feel this way because of all the women and POC-led work that has been done before my entry into the world/industry. Obviously there’s so much more shit to fix and grow from, but I’m so grateful for those spaces where I feel truly at ease.

When listening to your music, I feel like I am taken through a bunch of different moods: from melancholic and romantic, to sassy and bold – which would make putting you in a box very difficult (something that our society is frankly obsessed with). Do people try to, nevertheless? How do you feel about that?

Yeah, I think for the sake of brevity there are these broad genres that people point to when describing my music, and that’s totally fine. I don’t necessarily know how to describe my stuff in regards to genres but that’s pretty much the case with a lot of my favorite music. I think either route is ok! To be categorized or not is all the same to me. At the core, someone’s gonna either like the music or not and either is fine.

What’s the most intimate song you’ve ever written?

Finally: what advice would you give to your younger self/to other women trying to succeed in the creative industry?

Learn how to produce, learn how to track/comp your own vocals, learn any instrument that interests you. Everything feeds into each other and the more you know about your craft, the more independent you can be but also more importantly the better a collaborator you can be as well.

A true LazyWomen inspiration, we can’t wait to see spill tab perform in La Boule Noire on the 13 May in Paris – see you there!

Interview by Zsofi Borsi. Find her most recent pieces here!