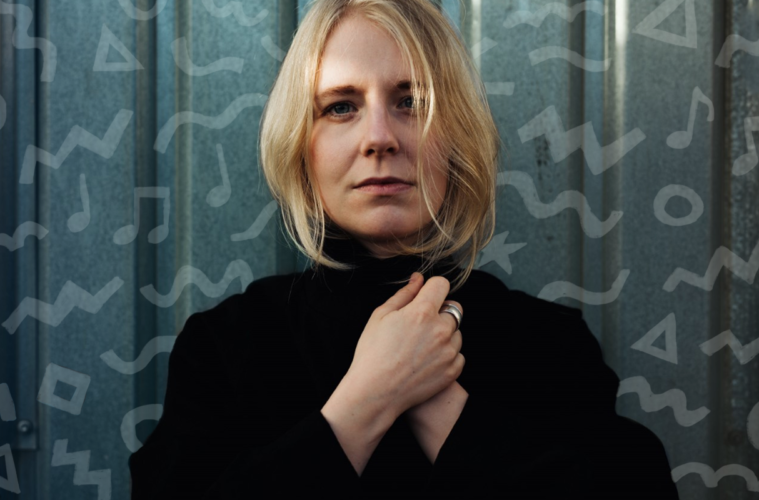 The Lazy Women of the Music Industry: Jenobi

“I am a musician. I am a nerd – I practice bass for two hours every day. I didn’t get here because I am cute but because I am a competent artist.”

Peering through the Zoom screen on a socially distanced cup of coffee from Brussels to Hamburg, Jenny Apelmo aka ‘Jenobi’ certainly makes an impression. Thoughtful, genuine and kind but almost certainly a woman on a mission to not shy away from the complexities of human emotions and not afraid to show a bit of attitude. During our chat, Jenny opened up about her new album ‘Patterns’, fear for the future of the music industry after the pandemic and being a badass feminist bass player in the male-dominated music industry.

LW: First a loaded question in these times: how are you? How has the last year been for you as a musician in Corona times?

J: It’s been a year of extremes, like a carousel – going up and down. I had a good phase of producing and recording new songs but also low phases of feeling very uninspired and afraid of what is going to happen to the future of live music and my part in society now. I was on tour when the pandemic started and at the beginning, there was a lot of panic when everything closed – I live off playing live music and I would be screwed if I can’t do any of this anymore. However, I am very lucky to live in Hamburg and I have been supported by many private organisations here such as ‘RockCity’ that have sponsored local musicians.

LW: Let’s talk about your debut album ‘Patterns’ – what was it like releasing a debut album during the pandemic?

J: Normally I have a month or two of live music venue tours after the release of an album as well as playing the festival circuit in the summer. This time instead, we organised a little garden tour where only 25 people were allowed to watch and we had to provide our own stage and equipment. It was certainly a different experience and I am happy about it under the circumstances, however, I have to say that the album has not gotten as much attention as it should have.

LW: And talking of the process of this album – its inspiration and themes… how did it all come about?

J: I was a bass player for the majority of my life. In 2010, I moved to Germany from Gothenburg, Sweden – I originally only intended to stay for two months, but I fell in love with Hamburg – a city connected to the ocean like my hometown, as well as the intimate music scene here where I met the guys in my old band (‘Torpus & the Art Directors’). After nine amazing years together it was time to go our separate ways. Since then, I’ve been writing music in a more serious way. It was my way of processing a bad time away from my home country, not having succeeded in how I wanted to at the age of 28.

I started thinking about my childhood and about how things affect you in your life including life patterns that keep coming up again and again and how to break them.

Most songs are the exploration of this process of getting out of these patterns and this period of my depression.

LW: But these songs are not depressive songs.

J: Exactly. I love listening to sad songs when I’m feeling low – I fucking love Phoebe Bridgers for that. But I like to write songs on how to work with these feelings that also show a bit more attitude by saying: “This sucks, but I don’t care”.

LW: I like the feminist currents in this attitude. That is especially present in your newest single ‘Mad, Sad and Crazy’ where you explore the different versions of femininity. It seems that the exploration of such feminist themes is important to you in your music?

J: A hundred percent. Firstly, I’ve been a feminist since I was 12. I have always looked up to strong women. My first role model was Louise Hoffsten, a Swedish harmonica player who was diagnosed with multiple sclerosis but continues to write and perform music.

Secondly, being a bass player and a woman – on top of that a small, blonde and cute woman, I have always had to put up with a very condescending tone from other people. The world of bass players is a world dominated by men and it can be hard to be taken seriously as people are constantly underestimating your competence. My first EP under another name Felicia Försvann was a very happy and pop-y project.

After a concert, people would never come up to me and say what a good musician I was but only how cute I looked on stage with my big bass.

With my new solo album as Jenobi, I am saying fuck you to the people who have underestimated me in the past. Jenobi is mad. Jenobi doesn’t smile. I’m a musician, I’m a nerd – I’ve been practising bass for two hours every day and studied jazz. I didn’t get here because I’m cute but because I’m a competent musician.

Lastly, with this album ‘Patterns’ I wanted to make something that was mine. My co-producers and musicians that worked on this album with me did incredible work but this album is my baby. I wrote the lyrics, I played the electric guitars and the bass and I arranged the music – it is my production. It was very important to be able to say that I’ve done this on my own. When the record first came out, there were a lot of articles written praising the drummer and the guitars and little credit was given to me. This to me was just more proof that society underestimates independent women – they literally don’t believe that you can make something by yourself!

LW: You are an ambitious person. Is being a ‘lazy woman’ then a relatable concept for you?

J: Yes. Because of being continuously underestimated, I have grown into an extreme perfectionist that needs to prove how great she is. That is a lot of pressure and it stands in the way of me playing music. It also blocks you as a songwriter as you can lose your inner playful child because of this perfectionism. Before concerts this fear is very real to me – I have a paranoid, patriarchal monster standing on my shoulder telling me to play every note perfect otherwise everyone will discover that I am ‘just a woman’ playing bass. Being lazy is thus such an important concept to come forward with. We are talking about not so much being lazy but recognising that women need to work twice as hard for everything as men.

Interview by Una Connolly.
Una has just finished her Masters in European Legal Studies at the College of Europe in Bruges and is now working in Brussels. She is interested in the EU, the challenge of combating climate change on a global scale, good female pop music and cats.