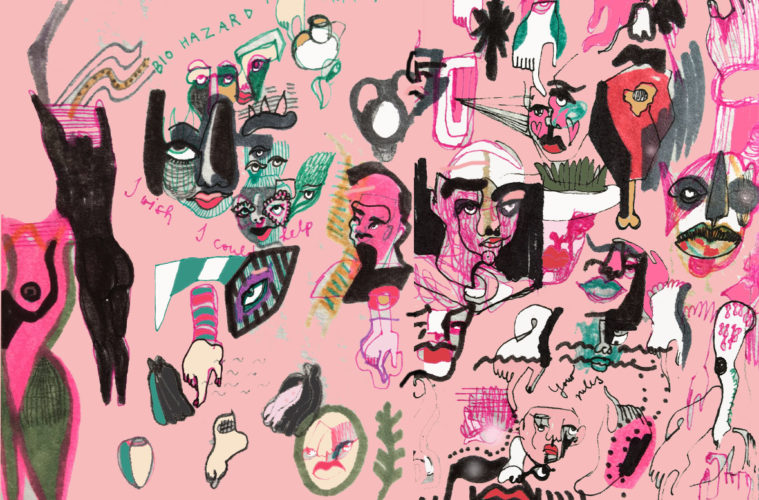 How experiencing solitude changed my relationships

I thought that I knew how to love someone while respecting my own freedom, but I didn’t. I thought that I was free, but I wasn’t. Here’s how that changed after I spent nearly two months backpacking alone.

Looking back now at my relationship record, I can see clearly how it was influenced by the hidden female obligation to being in a relationship. I couldn’t see it back then, but I used to jump from one relationship to another, without thinking twice, as an automatic defense to avoid the judgment and the challenges of being alone. We are often taught by society (and sometimes by our family) that women belong with men. It’s sad how there is little encouragement for women to explore their own company: we do not learn to know ourselves first but to find someone as soon as we can.

In my personal experience, the consequence of this lack of self-reflection was a seemingly endless loop of meaningless relationships and no real idea of how it feels to be alone and enjoy your own company.

As a consequence, my view of relationships in the middle of this aimless hunt for companionship was limited by the notion that I had to shape my life in a way that a guy would fit in it, and by the belief that I supposedly would have to give up on certain aspects of my personality (hence my freedom) to “keep him”. I thought that love meant sacrificing myself – I couldn’t have been more wrong.

I’m sure there are other ways to overcome this vicious circle, but for me, experiencing genuine solitude is what allowed me to escape it. Armed with a backpack, my camera and its tripod, a phone, and two travel diaries, I started a journey of solo travel around Europe, right after spending time studying in France. By all means, that required planning ahead and saving money for nearly two years, without counting the huge privilege I had of being able to drop my life back in Brazil for a while. I’ve explored eight countries, countryside villages, ancient castles, dazzling beaches, and mountains all across the continent. As time and destinations passed, I became more and more conscious that I was embracing a journey of finding my freedom, and my experiences began to change me – and to transform my view of relationships.

At the beginning of my humble odyssey, every once in a while I got that feeling that something  (or someone?) was missing. Repeatedly, I was reminded of that thought in the little details.

For example, when I finally found a nice dinner spot after a day of exploring, the first question posed to me by the staff was usually, “table for two, miss?” I felt like it was some kind of joke, and it often felt like a slap in the face: a reminder that I had no one to share a meal with.

In reality, they just weren’t used to a woman savoring a romantic dinner alone. Besides that, there was no one to share a beautiful tourist spot with, no one to discuss the exquisite views during hiking or even to share the weight of my backpack with. For someone who wasn’t used to spending time alone, I was having a marathon session of it.

My tripod gave the first hint of liberty to me. When posting pictures on social media, people were asking me “who took this picture?” and “who are you with?”. The majority of my backpacking pictures were actually just captured with the help of my tripod and camera timer. I used to call the tripod my true love as a joke, but it turned out to have some truth to it: a simple object allowed me the freedom to capture memories from my trip, which I now look back on as a very special time in my life, all by myself – no man “needed”.

In the end, it was fulfilling to learn how to enjoy my own company; a table for one suddenly didn’t seem so weird after all. Little by little, I began to realise that nothing was missing; I was only out of my comfort zone.

In the final leg of my backpacking trip, I ended up in Verona, the city of Romeo and Juliet, on Valentine’s Day no less. It definitely wasn’t planned, but I felt like the only single person in the world. And guess what surprised me the most? I was fine with it. This ironic coincidence was the perfect closure to my learning experience of how to enjoy being alone.

When I moved back to my home country, I knew that I could only be with someone again if that person could be as independent as I now was, and would commit to allowing me to remain this way. You could say that all I was willing to accept was freedom, but in pairs. This realisation was liberating; I no longer forced myself to go out just for the sake of finding someone in a bar – I was fine with Netflix and wine on a Friday night. It felt like being set free of a long curse of obligations to be with someone.

Now, my perception of relationships, and what constitutes a good relationship, is totally different from my previous conception. For starters, I’m no longer scared about “losing” someone – they were never mine, to begin with. I can recognize that everyone has the freedom to make their own decisions about their life and their relationships, because I finally recognized this freedom for myself. Love, when it’s finally not confused with dependence, becomes admiration. It becomes something about two people with mutual trust, and coexisting independence. As a result, my current relationship never required a reconfiguration of my life or any major sacrifices, especially when it comes to freedom. It just fit. I still have my freedom, with a bonus – a partner that respects and values my autonomy as much as I do.

I for sure didn’t think that I was blindly looking for relationships all the time, but I was. I didn’t actively recognize and feel the pressure, but it was there all the while. My experience with solo travel and the realizations it brought me got me thinking about how important it is for women to be cognizant of how cultural and societal pressures can shape our desires and behaviors. I’ve learned to always reflect on and be on the look-out for outdated concepts in disguise.

In the end, it feels nice to know that what ultimately allowed me to challenge myself and step away from these archaic obligations required not much more than a backpack and a woman in search of her singularity. Shall we all hit the road?