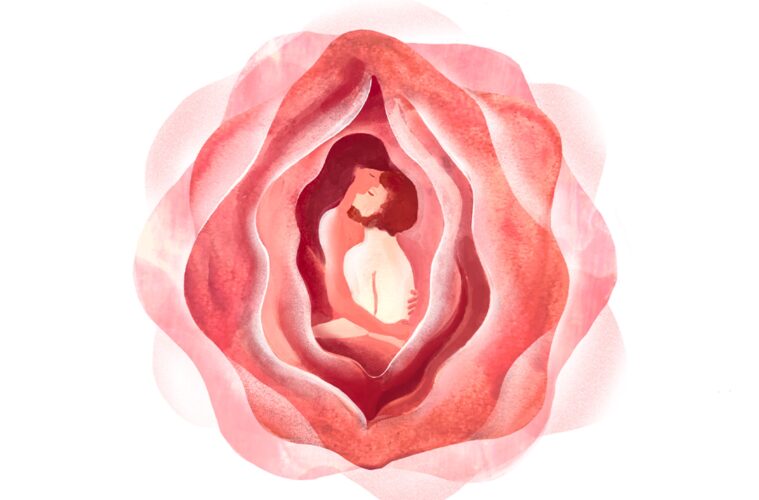 Opinion: The lazier I am in bed, the more sexually active I become

Last week, I saw a catchy headline on Instagram and it put an end to the mindless scrolling that had turned into a pavlovian reflex of mine between real-life moments. A post by the Financial Times visually represented the share of women who said they had not had sex in the past 12 months to claim: ‘More people are living without sex’. Of the two Southern countries featured at the bottom of the graph, France indeed showed a sharp increase in sexually inactive women. Sadly, the article did not expand on the reasons why and went on to talk about birth rates — a great fiasco after the herculean effort of ‘finding the link in the bio’.

Turning a blind eye to the holy trinity women-sex-birth (yes! Women also have sex without having babies!), I then went on to read the post’s comments to find some true sexist pearls: ‘Moving to Spain!’, ‘Happy Italian men’ or ‘France needs to catch up’. As if women’s sexual activity was a commodity of the free market or something for them to either celebrate, shame or benefit from. Well, as an FT-recognised sexually active Spaniard, I am afraid they would have no chance with me, that is clear.

There was nothing new in these comments’ sexist undertone but yet the feeling of repulsion still surprised me. The implicit guilt imposed on less sexually active women was barely escapable. Implied therein is an accusation that renders these women lazy, unattractive and boring. A shame-coated standard that judges the amount of sex a woman might have, with the threat of leaving them behind if not up to par. A simple joke championing sexually active women and fostering a long-standing race against each other for society’s approval. Indeed, no one wants to be seen as the ‘lazy one’ and it is this exact same pressure that perpetuates an ill-constructed culture of sex.

Moaning when all you need is silence to focus, giving oral sex while digesting a three-course meal or shaving like a contortionist before a spicy night, we have all at some point put on a performance worthy of a Hollywood star.

While many times these things indeed come naturally to us, many others take place to avoid the threat of a ‘boring/lazy’ tag. You will hardly find a silent, hairy woman saying no to a sexual fantasy in the conventional collective imagination of sex.

The line gets even thinner as many of us capitalise(d) on those uncomfortable efforts to gain points in the fierce competition for self-esteem that perpetuates sexual oppression. A discomfort we have swept under the rug only to stand on it as winners of a distorted version of sex appeal. This seems to be a recurrent mechanism amongst women, denounced by women like Emily Ratajkowski who recently exposed her personal contradictions of having capitalised on her body within the confines of a capitalist and patriarchal world. It seems like some discriminatory structures are so deeply entrenched that even those who are outspoken use them for survival.

Reclaiming the notion of laziness, however, can become a bastion of sexual empowerment.

Understanding that in intercourse, there is space for two (or three, or four or..!) conceptions of pleasure, where everyone can assert their terms within that given time, is truly revealing. In fact, I have personally found that the lazier I am in bed, the more sexually active I am. In practice, for me, it has meant not complying with uncomfortable expectations. Expressing very bluntly when I want it and when I don’t. For as sexy as popular opinion might consider morning sex, I am definitely too lazy to have it and that is still fine. In turn, I feel no shame in expressing what other times of the day I prefer (ah! that’d be too much information now). Saying no to things also gives us the freedom to actively ask for many others. If being lazy in bed, therefore, means reinterpreting the codes of pleasure and designing a unique experience free of sexist expectations, laziness is for sure something to celebrate.

Differing from the sexist heteronormativity that upholds toxic sex culture will continue to be an uncomfortable exercise for women. Even scary, tough truth be told.

Yet, while shaking off those expectations might look like giving up on validation and attraction, there is much to gain on the other side. In fact, I have personally found that my ‘laziness’ has paradoxically become part of my sex appeal. Ownership of pleasure and confidence in knowing what you want can be magnetising and those around you will appreciate the different sexual identities there is to gain from liberation.

All in all, as we reclaim the concept of laziness and similar ideas, and turn the mechanisms of shame that have troubled many of us into the pillars of our liberation, we will be building an alternative sex culture. Juster and freer and functional only under the paradigm of guilt-free mutual pleasure. Something the oppressive patriarchal imagery of sex can barely compete with.