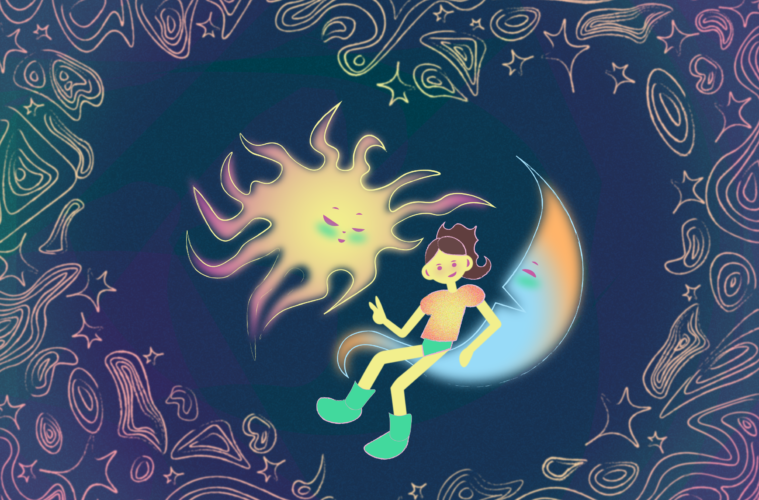 Opinion: Not being a morning person doesn’t make you lazy

Early mornings. Ever since I was little, I profoundly disliked them. I would crawl out of bed like a grumpy cat, and sip on my coffee (non-negotiable!) in silence until I’ve become at least moderately awake. Anyone who knows me just knows: making conversation with me at this time is, at the very least, difficult.

For me, mornings have never been about productivity or personal development. I’ve never been one to go on a quick morning run before work, nor the kind of person who likes to get things done before the world really wakes up.

I do my workouts in the evening and all my good ideas come to me after dusk. At university, I prepared for all my exams after midnight – and no, not because I was hectic, clumsy or unprepared. Simply because that’s when I feel the most efficient and awake.

As a true-born “night person” existing in a world that often equates productivity with early mornings, in which vlogs of 5 AM -morning routines are the landmark of ‘having your shit together’, I often find myself confused.

Is my refusal to just do it and become a morning person is mere laziness? Or worse, is it the symptom of a certain kind of ‘moral neglect’, a refusal to conform to the norms that make the world go around?

A part of me just wants to fit in. So whilst writing this piece, I even tried to reboot myself and become a “morning person” by practice. I’ll spare you the details: I did not. Paradoxically, waking up early for two weeks only made me less productive and more anxious. Due to exhaustion, I felt, for the first time in ages, actually lazy in the negative sense.

Yet we as a society are still so obsessed with a one-size-fits-all schedule, especially when it comes to doing productive, conventional work. To figure out why, I deep-dived into the world of chronotypes, pseudoscientific Internet explanations and came up with my own theory.

A world ruled by morning people

Perhaps my most important finding was that so-called “evening chronotypes” have little power over changing their slightly delayed internal clock. I was warned several times how “dangerous” it may be if I tried to fundamentally alter my natural habits.

But in a world ruled by morning people, where 9-5 jobs are the norm, where your “personal productivity curve” is expected to peak in the early hours, how am I really supposed to take this advice? – I wondered.

And research suggests I’m not alone: according to a study based on more than 30,000 people, 69% of people are waking up before their body is ready to, and are forced to work during their non-peak hours. Knowing the toll this takes on one’s mental and physical health, why are we still so convinced that productivity equals an early start?

Well, it may have to do something with what’s called the morning morality effect: the scientific, evidence-based theory that our self-control decreases as it gets later in the day. This would mean that a person’s likelihood to engage in illegal/unethical activities rises in the late afternoon and evening, and its ability to control self-destructive impulses diminishes.

Proposed by Kouchaki and Smith, this theory does provide a plausible explanation for insisting on early starts: it decreases the likelihood of illegal behaviour at the workplace, makes society as a whole more disciplined and compliant, and thus increases the collective’s productivity.

But here’s the catch: recently proven, the morning morality effect was called into question, with new evidence suggesting that the theory holds true for “morning people” only – allegedly for them, there was a correlation between the time of the day and moral behaviour.

But the finding that interests me more is that evening people’s morality remains completely unaffected by time, therefore, we can state: morning people are definitely not more “moral” than night owls. Some good news for us misfits.

Towards a more flexible approach

With morning morality debunked and health science pointing towards the acceptance and respect of our own natural rhythm, I cannot help but think that a more flexible approach to working hours – with some core hours defined common for all – would benefit us all, companies and employees alike.

In today’s pandemic-ridden reality, where productive work is increasingly measured in terms of output rather than hours spent in the office anyway, reverting to pre-covid norms mindlessly feels inefficient and unnecessary. Home office happened and we didn’t become less productive – if anything, I noticed the opposite.

Coming to the end of this piece I’m convinced: if my love for late nights and inability to get things done in the morning makes me “lazy”, I’m a proud lazy woman.

But with little to no evidence backing up the dogmatic idea of “productive early mornings and chaotic late nights”, maybe it’s time for this stereotype to go. Instead, we should not only focus on getting a good start of the day but on creating a great end to it as well.

I’m interested to hear what you think of all this – have you ever been called lazy for being a late sleeper? Perhaps you disagree? Send me a message.

Until then I’ll leave you on this note: the morning matters, but the evening does, too.

Written by Zsofi Borsi. Find her most recent pieces here.