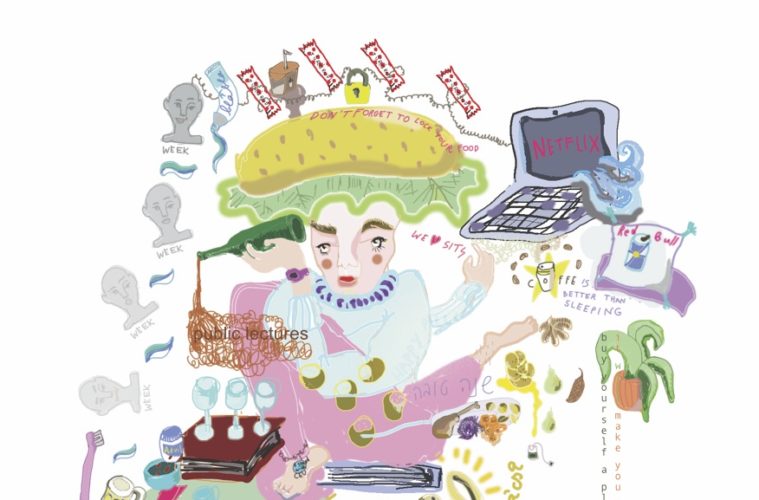 In the season twelve premiere of “The Real Housewives of New York City”, Dorinda Medley explains why her parties are the best. “I bring in people from all over the place and mix them together like soup and turn the heat up,” Dorinda gloats. Watching this scene in the middle (or more likely beginning) of the Covid-19 crisis, it’s hard not to hear Dorinda’s party-planning strategy as anything other than a recipe for viral transmission. Those of us who have spent isolation consuming reality TV have found a landscape peppered with moments like Dorinda’s soup metaphor, moments of what seems like foreshadowing.

Viewing reality TV today is to witness many darkly prescient moments which seem to reference a time none of us could have predicted. On March 31st, the day that the White House predicted up to 240,000 coronavirus deaths in the United States, Bravo, the premier American network for unscripted series, aired an episode of “Vanderpump Rules” titled “Prank Wars” in which the floppy, lovable Tom Sandoval toilet-papers a friend’s house for his fortieth birthday. The following day, on Bravo’s “Summer House” the cast indulges in some TP-based debauchery of their own for a frat party themed night. About a week before the episodes aired, authorities in North Carolina seized a stolen tractor-trailer carrying 18,000 pounds of toilet paper and other paper products.

It’s hard not to wonder if the inclusion of these toilet paper-centric scenes were the result of a last-minute editing decision to hint at the crisis. Whether intentionally or otherwise, the slate of reality shows currently airing make clear the contrast between our current state and The Way Things Were Before. How bizarre it is to see the glammed-up housewives navigating crowded sidewalks, squeezed into the backseats of hired cars, lounging in the park and kissing each other on both cheeks in greeting. How quickly an unmasked face becomes obscene.

Of course, reality TV has never represented the reality that most people live in. Reality series tend to focus on niche communities and novelty lifestyles, from aspirational to abject. The crisis of our current reality, then, adds even more distance to the separation between Reality and reality TV. It’s not just that these shows broadcast aspirational lifestyles or that their plotlines are highly-produced, but that their subjects seem to be living in an entirely different world.

Part of what’s strange about experiencing these artefacts from the world we lived in just weeks ago, is that they may not just be the last episodes before COVID, but the last episodes for good. Some shows will postpone production, some will be abandoned altogether, and those that continue will have to adapt to the constraints of social distancing. Kim Kardashian has already revealed that the finale of the current “Keeping Up with the Kardashians” season will be filmed by the cast on their iPhones. In April, the “Real Housewives of Atlanta” reunion was filmed virtually over zoom. It seems likely that we’ll see more “Big Brother”-style shows where the action is captured by mounted security cameras. Netflix’s “Love is Blind” and “The Circle” were eerily prophetic examples of the kind of isolation-based reality tv that will likely survive and proliferate during a pandemic.

For now, watching these documents of a reality that doesn’t exist anymore can feel like remembering a dream, touring a ruin, or, at their most immersive, a way of forgetting the present. As long as these shows are airing, they function as an artificial extension of the pre-COVID world. And then, once the final episodes air, that world will end too.

Written by Ana Bauer.
Ana is a writer living in New York. She’s obsessed with Sonja Morgan, the weather, and when a place has a thing. You can find her on twitter @ana_says .