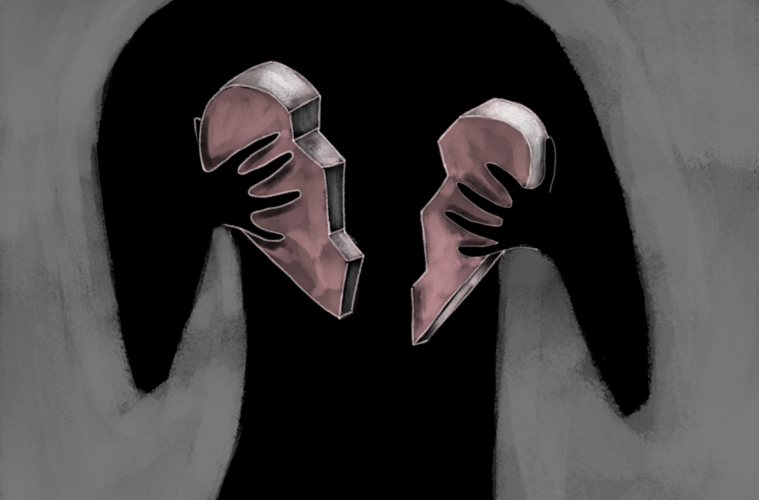 Dear Romance Scammers: What Is Wrong With You?

In the era when online dating is an inevitable option for singles and platforms such as Tinder actually set now-married couples up, it is increasingly easy to believe that true love is just another swipe away. And it might be. But it’s not always prince charming that we meet. There is a rise in “romance scamming” and ghosting. What do these scammers do, and what does their activity tell us about the state of our society?

I had two separate conversations with professionally established women in their 40s about online dating, and I had the eerie experience of hearing the exact same story twice. They met these wonderful and handsome foreigners, men in their fifties, many kilometres away, currently working on some good samaritan project either for the UN or for UNICEF, they were both widowers and they had one kid. The men came on a little too strong, talking about feelings too quickly, but still not the “creepy” amount. They always initiated phone or video calls, which is usually the first step to filter the catfishers out. They regularly called, sent pictures of their kids and even gave the location of their homes. All the boxes were checked out. But then, the mysterious men were hit with some unforeseeable disaster and needed cash, fast. They would usually claim their wallets or papers got stolen and would ask for help in the form of a couple of thousands of euros or dollars. Regardless of whether the victims of romance scammers transferred the money or not, the men would vanish the next day. In some cases, women are left with empty bank accounts, but all the victims say the same: they feel foolish and betrayed.

Newly single women in their 40s and 50s are struggling to cope with the lack of real-life meet-cutes. According to The Atlantic, these older women find it increasingly hard to connect in the online world, and the places that once served as safe havens for LGBTQ+ people are not welcoming towards the older members of the community either. In a very insightful report by the Los Angeles Times, multiple women came forward saying they have been hypnotized by scammers on the phone. It’s not only a form of appalling emotional abuse and manipulation but frightening sociopathic behaviour. And aside from the obvious emotional abuse, according to the Federal Trade Commission, romance scams collected a record high amount of money from victims in 2020.

It is only human nature to seek connections. The victims of online romance scammers are only guilty of being lonely, nothing more than that. These scammers are fully aware of the women’s vulnerable position, yet, they decided to exploit romantic desires. I am sure anyone who has ever tapped into online dating, encountered ghosting with potential dates too. In real life, just like in Dolly Alderton’s hit fiction debut, Ghosts, a full relationship can manifest and vanish via text messages; ghosters are rarely asked why they never provide closure, scammers rarely face consequences for their actions. Mostly women are the ones who feel ashamed and start to question and micro-observe every single one of their actions to see when they acted ‘clingy’ or ‘overly attached’.

Although task forces have been set up, romance scamming as a topic has started circulating in the mainstream media, it is still a highly sensitive subject to talk about. While there are no universal solutions to eliminate these crimes, there are things that could help: by holding the men accountable for their wrongdoings and by supporting the women – especially those who are vulnerable – around you. And from time to time, ask a potential scammer, ghoster around you: What the hell is wrong with you?

Written by Tamara Csibra-Kaizer. Find her most recent pieces here!