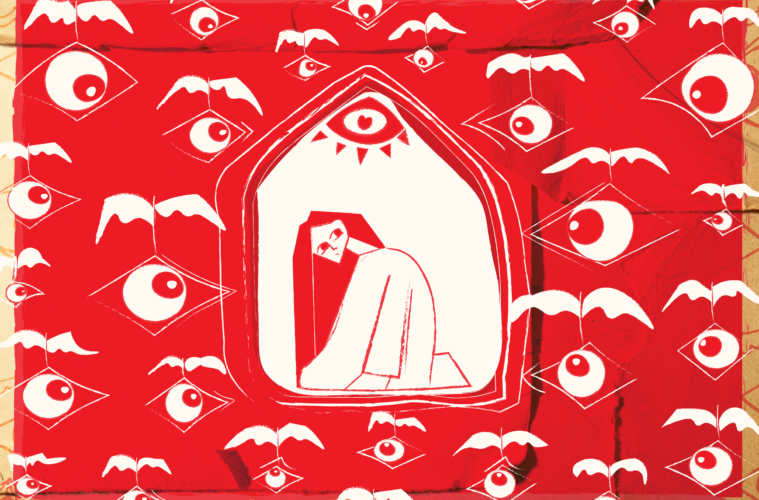 When Your Body is the Property of a Whole Country: Testimony of a Turkish Woman

If you grew up in a country full of pressures about women’s bodies, it took years to learn that your body belongs to you. I can say that being a woman in Turkey is a political identity in itself. As a country with a dense Muslim population, there has always been some pressure on women’s clothing and bodies. We can say that the strengthening of the conservative government also has an impact on the current situation. But it would not be correct to connect it only to this. Unfortunately, we are talking about the lands where patriarchal codes spread to the country with religious and cultural elements. When I think about my position and social environment that I grew up in Turkey, I am lucky because I have not been raped, attacked, or killed by my father, brother, or ex-boyfriend. But the thing is, in my opinion, this country leaves a scar in the soul of every woman in some way.

The worst thing about having wounds that are not socially considered “serious” is that it makes you feel spoiled when you talk about it. Whenever I try to talk about the environment I grew up in and the scars it left on me, I hear sentences praising my family reminding me how much love I received and how lucky I was. because there were women who suffered much more in Turkey, and elsewhere in the world.”

Now I dare to stop apologizing because my traumas weren’t serious enough and talk about my hard times.

Feeling that your body is your own is a basic human right. Unfortunately, like all fundamental rights, we may be deprived of it depending on the country we were born and raised in, economic conditions, and family. The scars caused by not being able to feel at home in your body while growing up, never really disappear, no matter how big you grow. The patriarchal codes of the society we live in inevitably determine the family structures and the way children are brought up. For me, these pressures came largely from my extended family and interactions with them. Although things changed later with my efforts and my elementary family’s responses to my efforts, there were many things I couldn’t intervene in as a child. This mentality gradually teaches us that the female body almost belongs to the whole country.

Until adolescence, I felt that my body was a calm haven where my soul lived.

But as a teenager, the reactions from my family and society were that my body was about to become an object for seduction. It was no longer a peaceful “home” in which our soul lives, it was nearly a weapon or a thread. The first example I can think of is that boys can sit with their legs apart, while girls are always warned to sit with their legs crossed like a lady. I remember being warned that I had to sit with my knees crossed next to my elders, even if I was wearing the same model of trousers as my brother.

The transition to adolescence was a difficult time in itself, but it also contained the biggest confrontation with patriarchal oppression: growing boobs. I was promptly asked to wear looser clothes as they started to become a little more prominent. I think that was the first time I felt like my body belonged to my family and not me. This was something that would embarrass my family, and I had to hide them. When I went to school, I usually hunched over when I wore a white shirt. I didn’t want my teachers or my friends to find out that I would soon have boobs. Then I realized that I’m not the only one doing this. Half of our class of 30 was girls. And we, 15 girls, became the same one by one in one year’s time: anxious looks in our eyes and a hunched back.

As our bodies gradually began to transform from children’s bodies to women’s bodies, we had become a social threat. However, despite our slowly transforming bodies, we were still children.

Besides fighting with our bodies, we also learned that we no longer have the right to be children. P&G prepares campaigns for gender equality in Turkey to prepare reports every year. According to the last report I read, 59% of girls entering puberty were losing their self-confidence.

During summer, after a family dinner, I heard a relative ask my father, “how long will you let your daughter wear a bikini?”. A few days later, I remember my grandmother telling me that I sinned because I turned on men when I wore a bikini while swimming. I was 14 years old.  At that age, I didn’t realize that if a man was turned on by a 14-year-old girl, that meant he was a paedophile, that I couldn’t be blamed. Even though I was very angry and always rebellious when everyone was commenting on my clothes, I lived with a feeling of guilt inside.

My body was something that seduced men, disrupted the social order, and invited them to sin. My body was anything but my home.

Overcoming these and learning to establish healthy relationships has been a very difficult journey for me.

The idea that a woman is the honour of her family is a thought that darkens women’s lives. Between 2010 and 2020, 2534 women were murdered in Turkey.  The killers were often the women’s father, brother, ex-husband, or ex-lover. (For a more comprehensive article on femicide in Turkey, check out this and this Lazy Women article). This is the extreme point of this mentality that sees women as their property. So, we need to raise our voice against actions that don’t go to this extreme  Because these kinds of seemingly small actions in daily life come together and build a killing mentality. That’s why I’m in favour of revealing every little detail that adds up to the brutal fact that women are perceived as property ever since their childhood.

My mom always supported me when I said I was feeling bad for some reason in our family. But since it was her duty to find a middle ground between my father or relatives and me and to ensure family peace, she could not rebel as easily as I did. Then, as I grew up, as I read and became free, she fought with me to break down the social codes that permeated our family. After a while, we taught some things to the male members of the family, albeit by force, and changed their wrong thoughts. With our extended family, we only had daily conversations and didn’t let anyone talk about our lives. If it weren’t for my mother’s support, perhaps I would have had to choose between “living the free life I want” and “having a good relationship with my family”.

The journey to learn that my body is my own and to fight to change the ideas around me and our family structure has been exhausting. I have finally become a young woman who has managed to learn that my body does not belong to my family or to any man who comes into my life.  I strive to erase the traces of the toxic thoughts that hurt me. Still, when I think of my adolescence, I feel bitterness. I want to hug all my classmates who were ashamed of their bodies and sat with their backs hunches: don’t worry, we made it. We are rid of the feeling of shame and no one can arch our back anymore.

Written by Ayse Göc.
The day she learned to read, she realized that it was possible to create another world in her mind that no one else could reach. Now, she is a master’s student in environmental economics in Budapest. She works freelance for publishing houses and writes for websites, and the rest of the days, she claims her laziness.