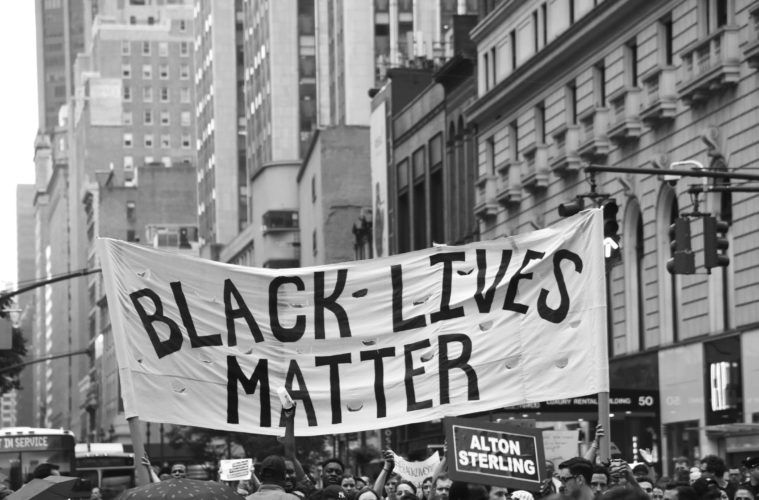 A few years ago, in a women’s literature class, I read Claudia Rankine’s “Citizen: An American Lyric.” It was the most emotional account of black suffering by a black woman that I had ever read. The collection comprised of poetry, prose, and collage truly exposes the pervasiveness of systemic racism in America and the emotional toll it takes on black Americans. “Citizen” laid out a framework for what it means to be black in America – the constant fear, the exhausting microaggressions, and the trauma are written to witness. In one section of the work, Rankine lists the names of black men and women murdered by police next to this poem:

Now, I am thinking of this poem almost every day. I thought of it last Sunday on my way to the protest downtown. I think of it as I watch video after video of police outfitted with gas masks and riot gear, brutalizing peaceful protesters with tear gas and batons. It crossed my mind when the national guard moved down the street in front of my house, gassing and arresting people for breaking an arbitrary curfew.

The recent deaths of Ahmaud Arbery, Breonna Taylor, and George Floyd have brought out masked protesters by the thousands. Rallying cries of “No Justice, No Peace” “Black Lives Matter” and “I Can’t Breathe” are echoing the streets of major cities from Los Angeles to Atlanta. These cries are in response to the countless deaths of black Americans from police brutality. Those of us who are protesting have a singular desire: systemic change which calls for an end to racism, police brutality, and the killing of black Americans.

The protests of today showcase the power of collective action, but they also serve as a reminder that history has continually failed black Americans. In 1965, Malcolm X gave a speech at the London School of Economics, on the topic of racial violence and the power of protest. He explained that protesters who are not directly confronted with the forces that oppress them must find another way, “They can’t get to the Man, so they get at what he owns.” The destruction of property is a means to get attention, and it works. During these protests, do not fixate on the destruction of property, instead, focus on the systematic destruction of black lives, and remember that oppressors do not get to dictate how oppressed people react to oppression.

The visibility of the current movement has prompted many white Americans to examine our privilege, as well as to confront the heinous reality of violence and racism that black Americans face and have always faced.  White privilege means that white Americans benefit from the same systems that oppress black Americans. These systems of oppression include housing, health care, education, and justice. But, acknowledging our white privilege is not enough, because it does nothing to break apart the structures that allow systemic racism to prevail.

White Americans will never be able to understand how it feels to be black in America, but we can be allies. Able-bodied white people must physically show up for black Americans, whether we use our bodies as shields between police and people of color during a protest or we call out racism within our communities. White people can use their privilege to educate themselves and other white people about privilege and to give financially to organizations that support black lives. Most importantly, we must call for an end to oppressive power structures by defunding the police, and fighting the capitalist systems and corporations that exploit black workers.

I know I will be thinking of the poem often in the days to come. I will think of it when I march alongside other protesters. I will also think of the long list of names, their names which we must say out loud. When I think of it, I will scream that Black Lives Matter, because they must.

If you have the means to help, please donate to the worthy causes linked below.

Written By Caitlin Phillips.
Caitlin is a student at the University of Georgia, studying journalism and public affairs communications. Her interests are intersectional feminism, and press freedoms as they relate to democracy. She is currently based in Athens, Georgia, but home is wherever she makes it.