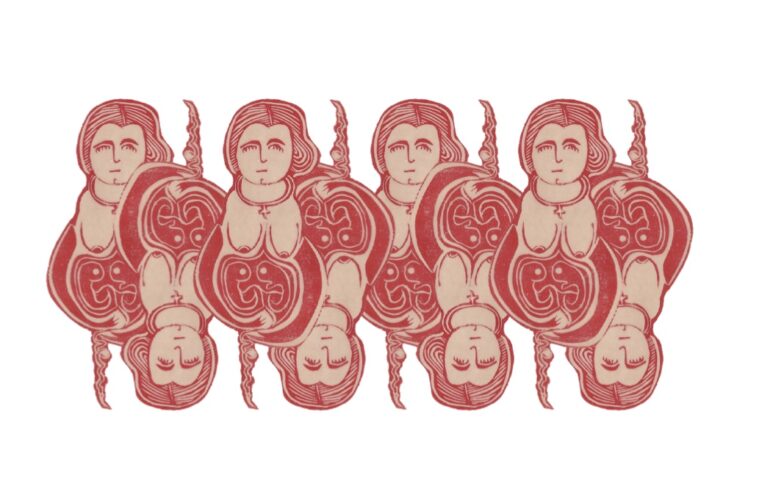 My body, my choice: Polish women against the abortion ban

Poland is the latest example of democracy moving backwards instead of forward. On the 27th of January, the Polish government announced the introduction of a near-total ban on abortions. The ruling established that abortion is now legal in Poland only in cases of rape, incest or danger for the mother’s life. This means that even in the case of fetal abnormalities, a woman can’t terminate her pregnancy.

Initially, the ban was supposed to be introduced last October, after Poland’s constitutional court ruled in favour of it. Nationwide protests broke out and the Polish government decided to delay its implementation. At the end of last month, however, amid widespread criticism of how the coronavirus pandemic was handled, the government finished what it had started. But Polish people did not intend to sit back and watch in silence. They went back to the streets like they had months before, shouting slogans such as “My body, my choice” and “You will never walk alone”.

Karolina, a Polish student in the UK, is an active participant in this form of dissent. In November, she co-organized a protest in York, the town where she studies, rallying around 200 people, Polish and international students alike. The atrocity of the ban and its consequences on women’s bodies strike home for people globally. There have been widespread protests in many European cities in support of the movement taking shape in Poland in opposition to the abortion ban.

According to Karolina, the timing of the introduction of the ban was not accidental. International media’s attention was focused on the pandemic and on the newly elected US president Joe Biden, protests had died down during the cold winter months and Poland was not receiving much coverage. The government exploited this media vacuum to implement the ban.

Karolina also explains to me how dangerous protesting in Poland can be. It is fairly easy to get arrested. A number of protesters were detained simply because they entered the perimeter of the constitutional court. There have been incidents where the police have provoked protesters with the aim of dragging them out of the crowd to isolate them. Once you do get arrested, if you’re in a major city like Krakow, it is likely that the police will drive you out of town. In this way, you don’t know where you are being detained, and it is very hard for other protesters (or for your lawyer) to reach a detainee and provide support.

This practice, described by my second interviewee, Julia, as well, is worrisome. It is a seriously dangerous exercise of power by the police. Not only do the Polish people have a right to protest, and shouldn’t be arrested for that, but also people under arrest have a right to know where they are being taken. Unsurprisingly, however, police injustice doesn’t end here.

Julia, another young Polish woman studying in the UK, is currently back in her country and has had the opportunity to join the protests. As a very active and politically aware person, Julia gives me a staggering picture of how it feels to be there.

“It was stressful, scary and draining, I would say. Obviously there are also positive feelings connected with the experience because you get to be with people who think similarly to you, and you stop feeling isolated and alienated. But at the same time, being aware of how police have been treating the protesters, you’re also very cautious,” Julia describes.

When I ask her if the majority of the protesters think in very similar terms to her, Julia is very clear that the answer is no. After all, Poland is still one of the most Catholic countries in Europe. Even before the ban came into force, there was a scarily high number of doctors who refused to provide abortions, using religion as their justification. Religion runs in the blood of Polish civil society, so much so that it is often hard to draw a line between religion and politics. Abortion still comes with a stigma in Poland. Many people don’t want to talk about it, including the women who experience it.

This is unfair and problematic, as the right to terminate a pregnancy has an impact on women’s lives. Young women especially should have at least the choice of speaking up about their experience from a safe space, if they wish to do so. This is why, according to Julia, some of the protesters who are indeed against the ban take to the streets for the wrong reasons. They claim that having an abortion is a difficult decision that should be weighed against the socio-economic situation of a woman. They believe that a woman automatically develops a bond of love with her child when she discovers her pregnancy.

According to this segment of the protesters, it is painful to break this bond, but a woman sometimes has to take this decision. Their argument is never about equal rights and equal opportunities, but always about some vague appeal to the ‘mother’s role’ within the family.

“Shut up! It is not about making a difficult decision, it is about a   fundamental right,” Julia asserts.

And she is right. Women deserve the right to have control of their own lives, and this is enough reason to protest and act against what the Polish government decided to impose. In the face of a bigoted and blind ruling, the incredible Polish insurgence deserves to be praised. Activists opposing the government are not only shouting slogans, they are taking part in an ulterior form of action: the arrangement of alternative, safe ways for Polish women to have an abortion. The ruling might make abortions illegal on Polish soil, but can’t stop them from taking place.

A network of organizations in Poland and abroad have been active for years and has increased its activities in the days following the announcement of the ban. Ciocia Basia, one of these organizations, does a remarkable job in helping Polish women travel safely from their country to Germany, where they can undergo the operation without being prosecuted.

Aleks, a volunteer at Ciocia Basia, explains that the organization works under the principle of radical trust. This means that no woman asking for help would ever be judged or questioned about the motives of her decision. Counselling is mandatory and provided by Ciocia Basia before travelling to Berlin, where women undertake the operation safely, thanks to a network of doctors that the organization knows well. This demanding journey is even more difficult in the current pandemic, with restrictions on flights and movements. Yet Ciocia Basia is ready to provide help for all women who are beyond the early stages of pregnancy and can’t take the pill at home but have to travel to Germany to have an abortion.

“Banning abortion does not mean that abortions do not take place. It just means that they do not take place safely. We are aware of the fact that a person in an unwanted pregnancy will go to any length to end it, often posing a danger to their own life,” says Aleks.

The Polish government is foolish to think that it can just take away a fundamental right. Despite the enormous burden that the new ban places on women and organizers, people won’t stop protesting. Women won’t stop looking for alternative solutions to implement a decision that they have the right to make. When misogyny is made into law, there’s no choice but to fight and to make sure that the current government doesn’t get another shot at this cruel politic in the next election. “I wish I could abort my government”, one of the common slogans amongst protesters, seems after all perfectly fitting.