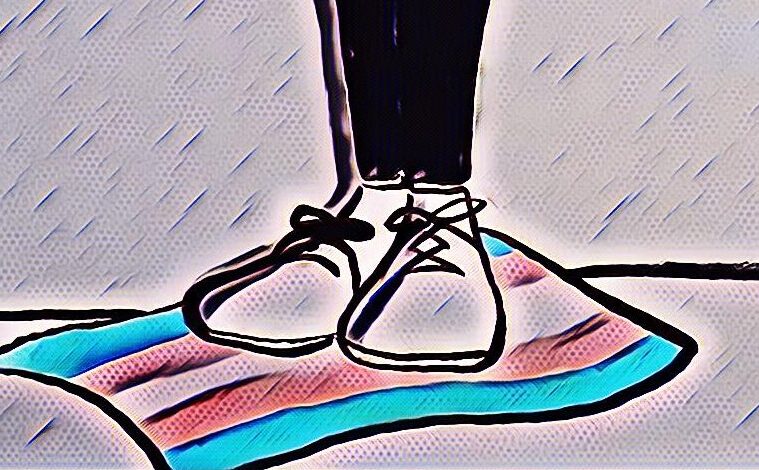 2020: a global pandemic paired with an economic recession. In addition, the year brought little meaningful, positive change with regards to human rights: in terms of the establishment, not much has changed after the Black Lives Matter protests or the still ongoing Belarusian protests. But one group that has particularly suffered from reserved non-discrimination policies or freshly introduced discriminatory legislation was the trans community. These changes affect their most fundamental human rights.

So what do Hungary, the United Kingdom, and the United States have in common?

From Hungary banning legal gender recognition, the UK banning puberty-blocking drugs for minors, or the Trump administration erasing trans civil rights protection in healthcare in the US: trans people, one of the most vulnerable and marginalized groups, have suffered major setbacks in their human rights.

All three countries have a conservative government: both Hungary’s and the UK’s ruling party has been in power for a decade. The Trump administration only lasted four years, but boy, what a four years it has been. And in all three countries we have seen a backlash against cultural and social changes, including social rights movements.

Hungary banned legal gender recognition in May 2020. This left trans and intersex people (people born with physical sex characteristics that don’t fit medical and social norms for female or male bodies) with no chance to obtain documents that reflect the gender they live and identify as. Legal gender recognition is the baseline of the safety of transgender persons. Without the ability to legally change their gender marker, they face discrimination in healthcare, education, or in the workplace. They have to explain themselves every time they present their degree or a certificate, or can even be accused of stealing when they use their credit cards and questioned whenever they use their ID to pick up a package from the post office. Experts fear that the ban will bring rising rates of depression, self-harm, and suicide among the transgender community.

The High Court of the United Kingdom has ruled that under 16-s cannot give informed consent to undergo treatment with puberty-blocking drugs. Now, under-16s will need approval from a judge before they can start medication. But what are puberty blockers? It’s a medical treatment that delays the irreversible bodily changes that puberty brings to young people: such as the development of primary and secondary sex characteristic, voice change, or hair growth, giving a chance to youth to explore their identity and feel out whether they want to proceed with a medical transition. It’s also important to note that access to puberty blockers and later hormone replacement therapy (HRT) increases the chances of ‘passing’. ‘Passing’ is when a trans person can ‘pass’ for a cis (non-trans) person of the same gender when strangers are not able to determine their transness from their appearance. Being visibly trans can put people at risk of discrimination, harassment, or even assault.

The Trump administration has similarly removed an anti-discrimination law that puts LGBTQI people at risk of losing their health insurance or accessing health care at all. The reversal of the nondiscrimination protection happened in the summer of 2020, in the middle of the COVID-19 pandemic, a time when access to health care was (and remains) crucial.

These legislative changes beg the question: why are some people less deserving of dignity, privacy, and safety?

Why is it that minorities are mistreated and infantilized, that decisions affecting their everyday lives are taken out of their hands? Why are states reversing legislation that ensures the right to dignity, safety, and privacy of trans people? Legislation that did not impact the rest of society whatsoever.

For the first part of the 2010s, things were looking up for trans people. Producers started to include trans characters who were not villains or caricatures. Celebrities, including Caitlyn Jenner, came out. Laverne Cox featured on Time Magazine’s cover titled Transgender Tipping Point.

Then the Supreme Court ruled that same-sex couples could marry. This was a serious blow to the religious right: in the US, unbelievable amounts of money were poured into the fight both for and against gay marriage. While Cox’s cover might have been a U-turn for visibility for trans people, the Supreme Court’s ruling was a different tipping point. Now, unable to prevent the legalization of gay marriage, the religious right zeroed in on a new target. Soon they were pushing for legislation that would “protect women from male predators” in public bathrooms, arguing that people must use the facilities in line with their sex, effectively barring trans people from using the bathroom for the gender they identify with. (Again, using the excuse of protecting women, which tends to come up only when the US is trying to push back against trans people, or Hungary’s attempts (and, sadly, successes) of inciting fear and hatred in its population against migrants and refugees.)

This is not to say that cis LGBQI+ people have not been affected during the last 5 years. From Poland introducing LGBTQI-free zones through rising hate crimes in the UK to Hungary basically banning single-parent adoption to prevent the formation of rainbow families, democratic backsliding impacts the entire community.

Some (if not most) democracies are undergoing what you’d call democratic backsliding. Democratic backsliding means the degradation of government accountability, its citizens’ rights, and the citizens’ power to influence policy. It also means a backlash against cultural and social changes, including social rights movements: policies are questioned, attacked, and often repealed.

Hard-fought human rights victories are nullified almost overnight, and decades of campaigning goes out the window. We have seen it with abortion rights in both Poland and the US in recent years. And we are now seeing it with trans rights.

The issue with democratic backsliding is that there is no clear-cut recipe. No straightforward advice that would look chic and cool on an Instagram infographic: it is not an individual issue, and we cannot fix it by donating or merely raising awareness. That is part of it, sure; but this is years of unchecked power that cannot be reversed overnight. While Joe Biden can sign executive orders on his first day (which is something to be appreciated), he can’t undo four years of fearmongering and incitement in a day. Similarly, even if Orbán loses the next elections in Hungary or the Tories in the UK, the newly formed governments will have to dismantle a twelve-years long legacy.

So what can we do?

We always say this, but I just cannot reiterate it enough. Listen to trans activists, read their work, and amplify their voices. Engage those around you in a conversation, and kindly but firmly let them know that you support and stand with trans people. That’s what being an ally is: not merely championing LGBTQI people, but also working behind the scenes. Explaining terms and issues to your neighbour or your aunt, sharing resources, and raising awareness on social media and in offline spaces alike. Taking part in discussions so that LGBTQI people won’t have to fight alone. Publicly voicing your support — that matters so much. And, of course, vote.

Written by Luca Dudits. Check out her latest pieces here!