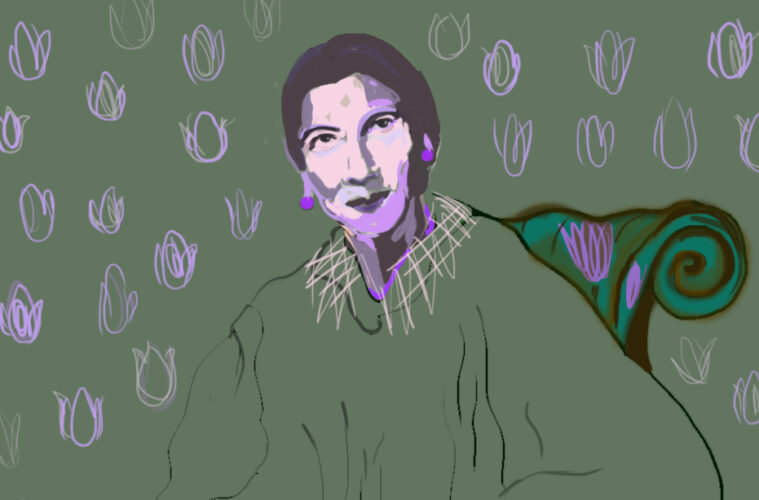 On behalf of all women: Ruth Bader Ginsburg

“I would like to be remembered as someone who used whatever talent she had to do her work to the very best of her ability.”

Ruth Bader Ginsburg was appointed to the US Supreme Court by President Bill Clinton, in 1993. As the second woman ever to join the highest federal court in the country (following Justice Sandra Day O’Connor), Justice Ginsburg became an icon for all generations, presenting us all with inspiration, fierceness, unwavering ethic and commitment.

Her distinguished career reflected her true devotion: to advocate for women’s rights and gender equality. Co-founder of the Women’s Right Project and head of legal cases at the American Civil Liberties Union (ACLU), she raised awareness around important issues to all women, such as pregnancy discrimination, intersectionality, equal treatment in insurance and equal access to education.

Apart from her tireless and impeccable professional path, which we all became more familiar with in the last couple of days, I wish to stress here her personality, her “essence” as a woman. She believed that “we should each be free to develop our own talents and not be held back by man-made barriers”, that we should fight for what we have faith in.

“Fight for the things that you care about, but do it in a way that will lead others to join you.”

Ruth Bader Ginsburg not only was devout to her beliefs and values as a woman, but she managed to turn all of that faith into actual change: into a legacy of a legend. She succeeded in what she worked hard for, and this success inspires us all who believe in progress, who have faith in the future.

It sounds somewhat ironic to me that her passing, after all, brings a brand new challenge for women: President Trump is now trying to nominate a new associate justice of the Supreme Court, despite the movement that urges to wait until the elections. In fact, Justice Ginsburg herself mentioned to her granddaughter that her most “fervorous wish” was that she wasn’t replaced until a new president was in charge.

From the nine positions at the Supreme Court, only three belonged to women (now, only two). It goes without saying that a majority of conservative and male positions will remain unquestioned – unless Trump surprises us all and appoints a liberal woman, which surely would anticipate the end of the world. I wonder what would Justice Ginsburg say about another conservative male appointment, and the fact is that she already gladly anticipated her answer:

“There will be enough women on the Supreme Court when there are nine.”

At last, as a lawyer and a woman, I want to believe that the current and future generations will honour her legacy and work towards the kind of future she has dreamed of. That we will make justice to what she fought for; that men and women will perpetually thank her for starting and enduring change. Thank you, Justice Ginsburg – on behalf of all women.