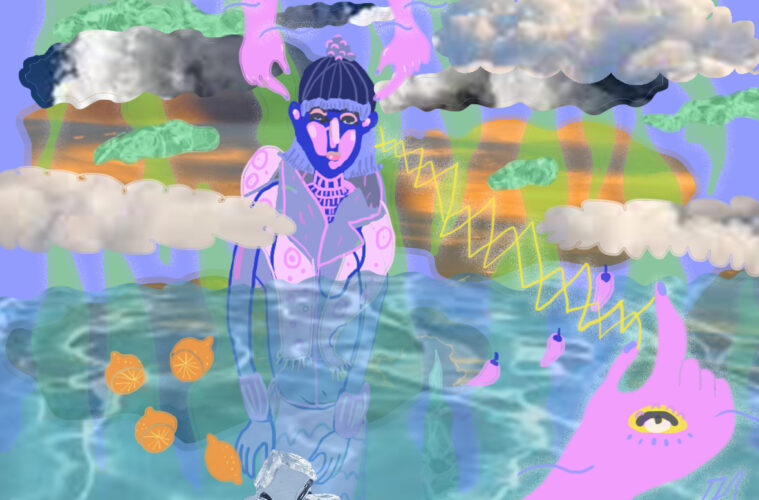 Back to the Present: a Lazy Woman’s experience with PTSD

My initial ideas about PTSD were largely shaped by the circus mirrors of popular media and meme culture. Now that I got to experience it first hand, I would like to highlight the stereotypes and gender bias inherent in the public image of PTSD and share some of my tried and tested tricks to rising above its daily challenges.

Whenever I was asked if I would go back or forward, if time travel was possible, I used to say ‘back’ with absolute confidence. Life definitely has a strange sense of humour, as nearly two years ago I kind of got what I wanted. Yet, my ability to travel back in time came with very specific terms and conditions: I don’t get to choose where I go, and I only get to see the one person I would do anything to avoid seeing again.

I didn’t go to war, I didn’t survive a natural disaster or a terrorist attack as popular fictional and real-life representatives of my mental illness often have. Instead, I was diagnosed with PTSD as a result of being a survivor of violence against women. I struggle with the same symptoms as more conventional heroes do, yet my experiences are regularly invalidated and underrepresented along with millions of other women living with PTSD worldwide.

Popular Representations of PTSD – Even Iron Man has it?

When you hear the acronym PTSD, what comes to your mind? Perhaps a well-known meme of a puppy gazing into the distance with WW2 footage edited behind it? Maybe a scene from a movie or TV series where the male protagonist struggles with the mental consequences of his heroic actions, breathing heavily over blurry flashbacks?

My first encounters with PTSD were exactly these things. I think it’s great if you can laugh at your own misery, but I also firmly believe these memes are born from, and create, stereotypes – and make starting serious conversations about PTSD difficult.

There are heaps of movies, moments in TV shows dealing with certain effects of certain traumatic experiences. I remember blaming Hank for not leaving the house and getting on with his life busting bad guys after that explosion in Breaking Bad: it’s in the past after all, and it’s his life’s mission he’s throwing away. The American Sniper portrayed the heroic veteran sitting in his armchair, blank-faced with his kids running around him, laughing, friends BBQing outside while all he heard were gunshots. As I was refreshing my memory for this article, I saw comments under the YouTube video of this scene joking about how shooting a Nerf gun at him could be lethal for both parties. Watching The Perks of Being a Wallflower, I quickly got over Charlie’s flashbacks, depression and hospitalisation, the mundane high school events were so much more entertaining. Even the most mainstream movie franchise has a portrayal of PTSD. Remember Tony Stark struggling with intrusive memories after falling from that wormhole in Iron Man 3?

If anyone told me PTSD predominantly occurred in men, I wouldn’t have really questioned it. Most of my knowledge from popular culture and a few Instagram infographics would have supported it. I knew it had something to do with flashbacks, feeling as if something in the past was happening again. I imagined veterans locking themselves away and staying in their dark rooms, afraid of loud noises, struggling with suicidal ideation. I thought it was mostly a man’s thing. To say I was wrong and uninformed is putting it lightly.

Based on global statistics, as many as 60% of men and 50% of women experience trauma throughout their adult life, and about  8% of whom will develop PTSD as a result.

While some women do choose the military for their careers or are involved in tragic accidents, attacks and disasters, the main causes of PTSD in women are actually related to the female experience, such as traumatic childbirth, domestic violence, assault, mental, physical, verbal abuse, or in my case, sexual violence. As sad as it sounds, we cannot deny the fact that being a woman in today’s world puts you at risk of mental illness, including PTSD.

Violence against women prevails, whether physical or structural, and it impacts the mental and physical health of women globally. In some ways, trauma is passed down through generations of women.

Trauma and often hyper-vigilance and avoidance (symptoms of PTSD) are even present in things we’re so accustomed to, we don’t notice. Effects of trauma are secretly present in the first time a girl hears from her mother that it’s better to walk past a group of men with her head down, the time she learns how to weaponize her keys. They are in the Facebook groups for expecting mothers dedicated to talking about abusive doctors to avoid, in the tweets calling women to pretend to be friends of any woman trying to get away from a clingy man, in the “are you home safe?” texts after a night out.

So, why don’t we still talk about women’s experiences with PTSD more often? Why is it adding to the list of taboo topics, secrets we all know, but are reluctant to share? Why do we, as a society, often fail to take women’s experiences and consequent symptoms seriously or write them off as “drama”, attention-seeking or outright fiction?

To help change the narrative and support those affected, learning and talking about PTSD can be a simple, yet powerful tool. Read more about the symptoms and treatments, or simply offer to listen to people around you that have experienced trauma, no matter how small.

In case you know someone with PTSD you want to be there for, or you yourself are affected, let me share some of my more lighthearted tips and tricks that have certainly made my life easier:

So yes, dear reader, time travel is possible, with certain unfair limitations. Until we can actually go back to grab a coffee with our heroes, let’s work to eradicate common causes of trauma for women, keep supporting each other and help erase the stigma around mental illnesses.

Written by Anna Tolmayer.
Anna’s LinkedIn bio says “tirelessly working towards positive change”, which is mostly true, but sometimes she gets tired or just feels lazy. She’s on a journey to define herself as a woman in her own right while pushing the traditional boundaries of femininity and smashing the patriarchy when she feels like it.