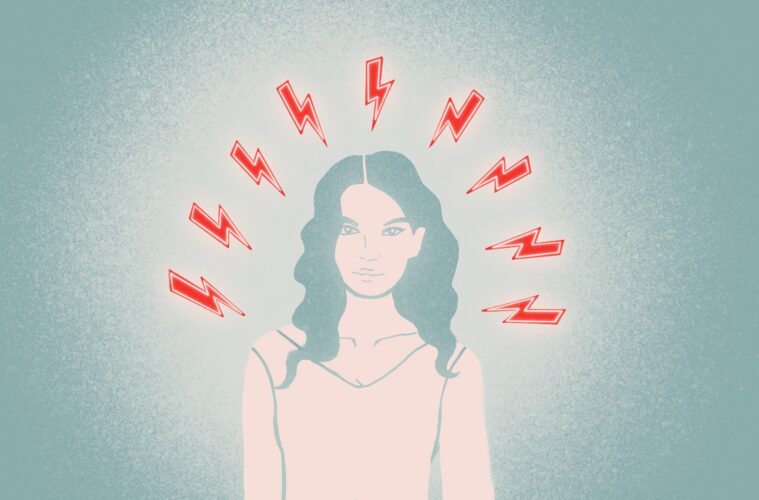 Released in 2021, her debut essay collection My Body explores the conflicted nature of getting rich and famous from an industry that cares little about women’s minds, let alone feminist empowerment. The essays are snippets from Ratajkowsi’s confusion, her brain screaming for answers: how do I reconcile being a feminist while basing my worth on the patriarchy’s approval of my body?

Like many around me, I have been highly sceptical about reading this book.

Why should I reconsider Emily as a feminist, when all she’s ever done is promote unrealistic body standards, capitalise on her image, and perfectly satisfy the male gaze?

Yet, overall I think My Body is an important read: it breaks down what it feels like to exist almost exclusively for the validating eyes (and money) of society, a.k.a men. To strip yourself down to one core value: your physical appearance – and equate your worth with it, while deep down knowing it’s all wrong. Reading it confirmed what I’ve already known: it’s not worth it.

Upon reading, the following themes caught my attention, which I’ll further explore:

1) Beauty is not a superpower

“Beauty was a way for me to be special. When I was special, I felt my parents’ love for me the most” – describes Emrata, explaining how ideas of self-worth and looks are intertwined in her mind from an early age on, and how she understood the concept of jealousy and competition between women before she could even read or write.

Being brought up – specifically by her mother – around the belief that beauty is her “superpower”, by the time Ratajkowsi reaches puberty, her path is already pre-defined: she is destined to capitalise on her appearance. This got me thinking about the immense responsibility older women have in reinforcing the never-ending cycle of internalised patriarchy. It is more often than not mothers who tell their daughters to “pay more attention to their figure”, to “eat less cake if they ever want to get married”, or what I personally grew up with: “don’t wear that T-shirt, it makes you look fat”.

And in a way, Emily’s mother is right: she wanted to equip her daughter with a comparative advantage in the world we live in, where everything and anything can be commodified; where the existence of “pretty privilege” is proven.

For sure, on a superficial level, women are much better off playing into the stereotype of the sexy-but-innocent girl of men’s dreams – yet there are plenty of reasons to doubt whether achieving that ideal will truly make us feel whole.

I think that us women, in a desperate attempt to make meaning of our existence in the limited framework of the patriarchy, often see putting effort into our looks, instead of our minds and soul, as the shortcut to core values we deep down desire: fulfilment, happiness, or even confidence. But working on our image can never replace working on our internal qualities. In a way, this is what makes us human: the ability to exist not just to please the Other, but to find your authentic self, a deeper meaning in yourself.

2) The prettiness scale is infinite

“Dieting is the most potent political sedative in women’s history”, writes Naomi Wolf in The Beauty Myth. Arguably, this goes for all kinds of extensive beauty regimes as well.

When her (ex)husband casually remarks “There are just so many beautiful women in this world”, panic takes hold of Ratajkowski: if there are other beautiful women out there, she isn’t unique – only when she will undoubtedly become the prettiest of them all (which is of course impossible).

This shows us perhaps the most fundamental problem of striving for beauty as our end-all objective: the struggle to be pretty ne-ver-stops.

There’s always one more beauty hack or product to buy, yet another trend you haven’t yet caught up on, and – what’s worse – you feel that there’s always someone “objectively” prettier than you are or wore that dress better.

Spending all this mental effort on reaching the unattainable is the patriarchy-genius doing its work: it not only keeps you busy locked in the realm of the private sphere (bathroom, salon, gym, plastic surgeon) and costs you crazy amounts of money, it also turns you against other women. This is the logic of the “beauty myth”, accentuated by capitalism: it’s a scam that makes you occupied and powerless.

In a weird way then, Emily writing about her insecurities and not feeling pretty enough serves as a powerful reminder that existing to be seen will never bring us the sense of empowerment that we strive for (even if you’re Emily Ratajkowski).

This leads us to the crux of the book. In line with Emily’s parents encouraging her to ‘use” her body, one can ask: in a world so ignorantly based on the superficial values that capitalism promotes, what’s so wrong with getting rich with your looks?

While I certainly don’t think that women should be blamed for trying to make ends meet, for an upper-class white woman to claim that it is done in the name of smashing the patriarchy “from within”, or gaining liberation, in my opinion, misses the point.

When writing about her experience of the shoot of Blurred Lines, the video clip that catapulted her to fame, Emily fluctuates between two narratives: one, according to which being the most beautiful woman in the room finally felt truly liberating; two, in which no matter how beautiful she felt, she was still treated as a mere design element on set, to which anything can be done by others (men). Strutting around naked and dancing crazily when you feel comfortable in your body can indeed feel powerful – yet such a freeing experience is quickly interrupted as Emily experiences unwanted touching on set and none of the fierce women around her say a word.

I think there’s something important in women discovering their own sexuality, and owning it: however, for me, this means doing it in an environment that is non-competitive and non-judgemental.

Such as in a women’s circle, dancing with your best friends, on your own, or in a truly loving environment.

Sexuality for me is about letting go of expectations and being curious and open to your most intimate desires. What it is not about is dancing in front of a camera for money while strange older men are watching.

In a similar vein, Emily concludes: “(…) Women who gained their power from beauty were indebted to the men whose desire granted them that power in the first place. Those men were the ones in control, not the women the world fawned over”, realising that in fact, Blurred Lines was not empowering at all.

4) The path to liberation

While I certainly couldn’t empathise or agree with Emily on all things mentioned in the book, My Body did make me think. Emily’s genuine conflict between the two ideals demonstrates how incredibly exhausting it is to be a (desirable) woman in this world. It shows the double-think that women go through every single day, of trying to win in a system that works against them while sensing that the system is broken.

Because promoting feminism while submitting to the male gaze is something we are all guilty of, and it’s a never-ending exercise.

And the way out of this inner conflict, this patriarchy-inflicted self-alienation? At the end of the day, it is through finding your own voice, and making yourself heard in a way unique to you, regardless of your gender/physical appearance: whether it be through writing, art, your daily job, or the way you love.

As Emily writes, for her it is by claiming her agency through writing My Body: “my position brought me in close proximity to wealth and power and brought me some autonomy, but it hasn’t resulted in true empowerment. That’s something I’ve gained only now, having written these essays and given voice to what I’ve thought and experienced.”

As for me, it is through writing this (and hopefully many other) articles on the pressures we face as women.

Written by Zsofi Borsi. Find her most recent pieces here!