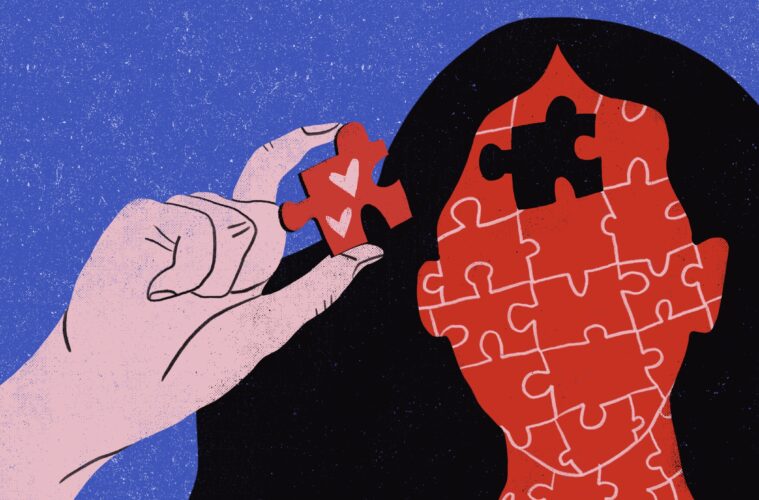 Being Emotional: the ultimate lazy sin?

I recently finished the last episode of Russell T. Davies’ acclaimed drama, It’s A Sin. I had expected to learn a lot from the show, especially given I was part of the Gen-Z cohort that has predominantly had little exposure to the tragedy of the AIDS epidemic. However, my mind was so preoccupied with the onslaught of sadness and emotion evoked by the show, that I spent the rest of the evening sobbing into my pillow. I felt like a pasta sauce constituted of all the right elements for the perfect celebratory-queer experience, but I had been left to simmer for too long and was now overflowing with emotions, boiling away into nothingness.

The next morning, I scolded myself for wasting such precious time. I felt weak for succumbing to my emotions and reprimanded myself for not having engaged with the important themes the show was created to provoke. But, was it really lazy to spend time ‘being emotional’? Is crying the height of inefficiency?

For centuries, society has constructed the process of thinking as inherently more valuable than feeling. A quick look at salaries in scientific careers compared to those in the arts is all the evidence one needs to support this statement (for example, see the job site, Indeed’s, 2021 analysis of highest-paying jobs). Especially during this pandemic, the arts are dying, whilst logic and rationality rule.

At the same time, ‘emotional self-awareness’ is marketed as the new social currency in the marriage and employment market.

‘Emotional self-awareness’ is defined as the ability to understand and regulate your own emotions. To be ‘in touch with one’s emotions’ is the sort of sentence regularly found on the serial-shagger’s Tinder bio. On the Forbes business website, one finds the following statement: “Increased emotional self-awareness is key to achieving success in your personal and professional life.” When did such regulation of emotions become a necessary CV and relationship attribute?

To be emotionally self-aware requires becoming a master in identifying, regulating and mastering our emotions. Women and girls suffer disproportionately from such expectations because they already have to work harder to dispel the ‘hysterical woman’ myth and prove themselves as authorities in the first place. Add to this equation that women and girls also typically experience a leisure time-deficit, and therefore, have less time to ‘self-improve,’ women are at a significant disadvantage in getting that “perfect” job or “perfect” partner in a patriarchal, rational world. This will be the case until the emotional/rational binary no longer pervades our thinking.

The Ultimate, Efficient Being

The increasing emphasis on developing emotional skills in recent years has been further fed by neoliberal feminism discourse. This is feminism which does not attempt to invoke structural change but instead works within the existing patriarchal, capitalist system to place the burden of change on women themselves. This is epitomised by ‘empowering,’ self-help books such as Sheryl Sandberg’s Lean In, which constructs the perfect, ‘have-it-all’ woman as one who is rational, organised and sane. Efficient to the extreme, this woman does not lazily succumb to her emotions. The mountainous task of maintaining efficiency bears heavily on her shoulders.

I control my response to his touch and say “It’s 8 o’clock.” “Oh Anna, but you’re always so efficient and practical in the morning.” “It’s just as well I am” I say, hearing the annoyance in my voice. He lets his hands fall from my breasts, and now I feel disappointed – perversely – because we won’t make love. Also relief; because if we did he would be late, and short-tempered with me. And of course, the resentment: my affliction, my burden and my cross […..] It is precisely my efficiency and practicality that gains him an extra two hours in bed.

It is about time this situation changed. The de-stigmatisation of mental health issues has come so far in recent years, but the inefficiency of the heart as prime operator still remains within mainstream thinking.

What would happen if we flipped the hierarchy in our minds entirely? Instead of attempting to quash or regulate our emotions, what if we freed them from their carefully constructed cages and celebrated and rejoiced in our emotions instead? In general, the world would be a richer place.

A performer is able to excel in their art because they can affect emotion through their work. Prominent feminist, Sara Ahmed, has written extensively on the power of emotion in the field of gender politics. There is so much productive value in emotions, it is about time we recognised that spending time ‘being emotional’ – whatever this means for you – is okay, and definitely not a waste of time. We learn and change through feeling – D’Ignazio and Klein have recently written in their political analysis of the gendered impact of Covid-19, that we should insist on “valu[ing] multiple forms of knowledge, including the knowledge that comes from people as living, feeling bodies in the world.” In other words, the head would be nowhere without the body.

For is this not what It’s A Sin is all about? Davies portrays the power in feeling, in loving, in living! This television is not about thinking, it is about the glorious, unfiltered, messiness of sensitivity. The show is beautiful because the characters feel in response to the AIDS crisis. Not feeling just for the sake of it, but the moral and political utility behind feeling angry, betrayed and shocked – it spurs them into protest.

Thinking may endow the intellectual with transcending powers, but I am choosing a different path to transcendence: one where I rise above my cutting hands and razor-sharp thoughts to a place where they cannot wrap their tentacles around me – a place where I allow myself to be proud of feeling, rather than beating myself up for it. I very much plan on following in the It’s A Sin cast members’ footsteps and seeing what comes out of feeling Covid-19. There is nothing lazy about that.

Written by Izzi Williams.
Izzi is a researcher at the Law Commission of England and Wales and is interested in all things equality and discrimination. She holds an MA in Gender, Society and Representation from UCL and a Law degree from the University of Bristol. In her free time, Izzi enjoys ballroom dancing, reading, teaching Zumba, and eating delicious food.