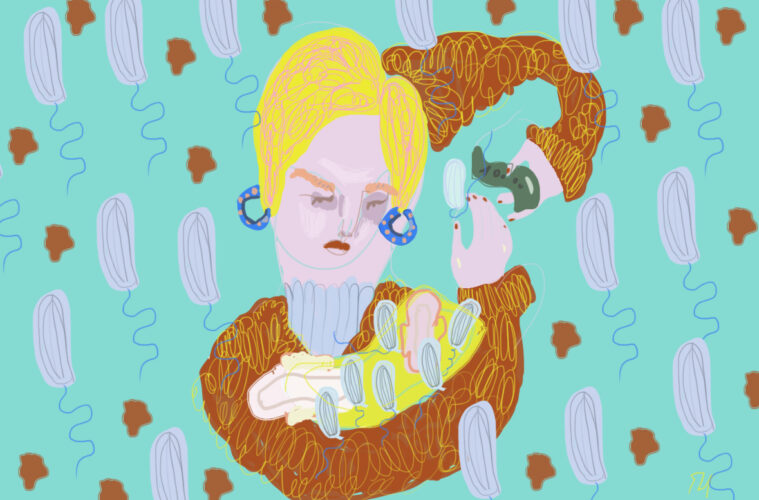 Abolishing the tampon tax: a step towards gender equality, or just politics?

On the 1st of January, the UK government abolished the ‘tampon tax’, keeping the chancellor’s promise from March, when he announced that with Brexit, the tax would be abolished. The UK’s policy to shift to a 0% VAT on these products follows Scotland, which introduced the policy in November 2020, joining only a handful of countries in the world with no sales tax on period products. According to the government website, this policy change is “part of a wider strategy to make sanitary products affordable and available for all women”.

This is a move towards a more equal economic system: join me as I deep dive into the topic of the tampon tax, why it existed in the first place and the significance of abolishing it now.

What is the tampon tax?

So if all goods and services are subject to VAT, why should women’s sanitary products be exempt?

Period products are almost solely bought by women. Therefore any VAT on these products will be paid by women, who are already discriminated against by the economic system. The Women’s Budget Group, a charity fighting for economic and gender equality, released the “Tax Justice is Gender Justice” initiative, which compares women’s sanitary products to goods that are usually consumed by men:

“The tampon tax is only one example of how the tax system is based around men, and the things they buy rather than women. For example, fuel duty – the tax paid on petrol – is more likely to be paid by men, because they drive bigger cars for longer journeys. Fuel duty has been frozen since 2010, costing people and the planet by taking £46bn out of the money available for public services over the last eight years and making it cheaper to drive instead of using public transport.”

Women’s sanitary products are also inelastic goods in economic terms, meaning that the quantity sold doesn’t change drastically if prices go up – most women will buy them even if they become more expensive, as they are necessities. This is partially the reason why even pressure from activist groups and NGOs can be ignored by the government – taxing goods with inelastic demand is a relatively reliable source of income for the state.

In general, economists have been arguing against relying on VAT as a source of government revenue, because as a regressive tax, it disproportionately affects those on lower incomes.

Imagine it this way – if you are in the lowest 10% of earners in the UK, your consumption of necessary items, such as food, sanitary products, rent and utilities will add up to 42% of your total salary. In comparison, for the top 10% highest earners, this will only be 26%.

(If you’re curious, in this simulator you can check where you are in your country’s income distribution based on your salary.) As VAT is levied on your consumption, those who spend more of their income on goods and services will be proportionately more affected by it, which increases inequality. Among other groups, this disadvantages women, as they tend to earn less than men.

In contrast, VAT-free items can be sold at lower prices, as the producers don’t have to factor the tax into the price, which means that these products become more accessible for those on lower incomes.

Therefore, placing period products in the zero VAT category is a significant step towards economic equality between genders, as it recognises that period products should be accessible to all who need them without the additional financial burden of paying the tax.

No doubt, the fact that the tax abolition came at the same time as Brexit is not a coincidence. The government website states “While the UK was a Member State of the EU, we were unable to apply any rate of VAT lower than a reduced rate of 5% to sanitary products because of the EU VAT Directive” – a clear and simple message that without leaving the EU, this would not have been possible. After the past 4 years of numerous Brexit negotiation failures and leadership changes, the public is still very much divided over whether the current EU trade agreement is beneficial: in a recent poll by YouGov, only 17% of respondents say they think the terms represent a good deal for Britain.

In this political climate, such quick wins as the abolition of the tampon tax are essential to restore public trust and opinion of the government.

There is still a lot to get done

Nonetheless, there is no public discourse around period products without at least one man being outraged by “obscenity”.

Unfortunately, this is not surprising, as reproductive bodily functions are still very stigmatised – viewed as “gross” and “shameful”, and meant to be kept private. In addition to policies that improve gender equality, it is necessary to also reframe the public discourse about periods in order to recognise systemic and intersecting issues of poverty and gender, period poverty and access to sanitary products being some of the most crucial ones. Moving these “private” issues into the public supports their recognition, which is the first step towards elimination.

There is a growing recognition of the economic inequality in gendered aspects of life, with countries moving towards providing free contraceptives, period products, and so on. Hopefully, the UK will commit to eliminating barriers to access on a large scale and improving gender equality in an increasing number of fields.

Written by Bori Toth. Check out her latest pieces here!