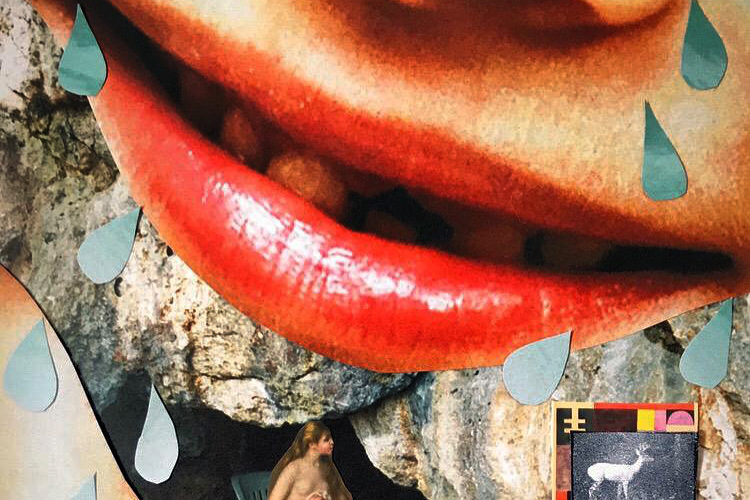 The logic of infinite productivity

In the time that it took me to write this sentence, I could have: marked unopened emails as ‘read’, carried a dirty plate to the counter, wiped the smudge off of my sunglasses, applied lip balm, refreshed the New York Times homepage, watched a video of my cousin’s new baby, or repeatedly clenched and unclenched my abs in the service of my 2020 ‘summer bod’—to be debuted to my lockdown companions, and used to consume generous amounts of bread, cheese, and grapes (viz. wine).

How we value time and prioritize it is a changing art. In the BC era (before coronavirus), I might have cleaned my sunglasses while (not) reading emails en masse; I might have split-screened gurgling babies with endless NYT coverage.

Under BC logic, such choices challenge the concept of mutual exclusivity. Instead of executing our activities sequentially (baby then inbox), we figure out ways to combine and multi-task. With a bottomless reservoir of videos, click-bait headlines, trolls to troll, newsletters, alerts, push notifications—as well as an ever-increasing array of devices that strap us down for the neural fry—doing only one thing at a time was either a luxury (for the lucky few), or a wasted opportunity to be more productive.

Now, we live in an AD world (affective dissonance).

I don’t have to tell you how these past few months have wrung us out like damp towels. Our moods, feelings, and attitudes are strapped daily into a news-sponsored Tilt-a-Whirl and hurled around until they puke. Where we might have measured time by the number of appointments, elevator rides, or pile of used tea leaves in the company compost, the frames of reference that help us understand our existence in time and space have shifted.

We may now ask, What is a day, when it no longer ticks to ‘the grind’? What is time in lockdown, when the regular divisions of the public and the private, day and night, work and family, become all mixed together? What is time after lockdown, when we seem to have simultaneously shot into the future and receded into the past? And what should we do with the limited time we have?

In this strange AD world, we’re encountering a new ethos of productivity.

This logic suggests that we metabolize the pain and scariness around us into something positive—better yet, into something productive, like how plants transform CO2 emissions into good ol’ oxygen. What’s your societal utility, when compared to a tree?

Remember, Shakespeare (supposedly) wrote King Lear in quarantine; Newton invented calculus during the plague. You may have lost your job or been furloughed; you might be really sick or have family members who’ve fared worse than you. Still, you’re going to let that sidetrack you from being productive? You could have perfect skin, make sourdough from scratch, or glut big tech on your Internet spirals.

And you: is burning your eyes out on Zoom really work? How have you been productive lately?

So goes the familiar script.

We have passed from agriculture to manufacturing to consumerism to the moment when we, ourselves, have become the product. And like any proper consumer good, we evaluate and act based on opportunity cost.

Productivity is equated with progress—a conflation intimately linked to our ability to generate profit. The productivity-as-progress mentality exists to be juiced for maximum economic value; the false equivalence feeds into a logic that makes us believe that more is always better—and that by doing more, we can be better.

Let’s call this the logic of infinite productivity.

It’s kind of like swimming: unless you constantly move, you sink.

By definition, progress is a relational term. It might represent forward or onward movement toward a destination, or mark a development toward an improved or more advanced condition. Understood as such, progress is a liminal concept of activity or motion, one that accounts for changes between some anterior state and its posterior form. As such, progress is something finite. It indicates or encapsulates change, bookended by its ante- and post- states.

We can’t leave out the normative dimension. From rudimentary to advanced, from bad to good, ”progress” is frequently conceptualized along some unidirectional, linear chain—the after necessarily “better” than the “before”.

The pursuit of progress is not a new activity. It has occupied most people, in most parts of the world, for most of humanity’s existence.

What has changed are the social conditions that determine how we position ourselves, as individuals and collectives, in relation to progress.

Gone are the times when the wrath of the gods (and later, God) scared people into working 16-hour days in the fields. Our increasingly secular, urban societies outgrew fears of divine retribution and starvation. The Enlightenment suggested that progress could be Progress—a process to perfect Man and calibrate His sensibilities (Man’s, not God’s) according to universal ideals. The subsequent centuries demoted Man to men; the ‘historical gaze’ blurred and refracted.

Progress as a divine decree, progress as an absolute order: these became archaic modes of social control.

Then Janus-faced capitalism gave us a new impetus to progress. What was different this time? An internalization of responsibility. Progress, externally imposed no longer, now infiltrated the individual psyche.

Each individual becomes a marginal unit, working at its marginal rate, to produce some marginal output.

Is my marginal better than yours?

Now we judge each other, and ourselves, aided by matrices of surveillance, coercion, and Digital Age-amenable norms.

Productivity-as-progress is the belief that improving, making more, doing more, being more ad infinitum is the primary goal of socio-economic activity. It defines success; it indicates the ‘good life’. Productivity-as-progress, as a virtue, promises to bridge the gap between our current sorry state and some glorious, progressive future.

We understand and contest the logic of infinite productivity—we just seem unable to resist it.

BC, there was growing awareness about the looping effects of productivity. People questioned whether success should be measured by increasing rates of output. They discussed the virtues of ‘doing nothing’—though this enlightenment often required a book purchase or special subscriber access. Foosball tables, dinners on company cards, and free cabs after 9 pm: viewed less as perks, and more as ways to maximize time employees spent at work.

Meditation, teletherapy, and ‘wellness’ sprang into being. Industries were created to exploit these new markets—reasoned into existence by productivity’s persuasive logic. Not bad for compound returns.

Early to bed and early to rise, makes a man healthy, wealthy and wise.

But why go to bed at all, when you have ever-glowing screens and incoming emails and synthetic stimulants to help you conquer the limits of your physical body? When you could enjoy dopamine dumps from your little red notifications? And if you’re a woman, you probably won’t have time to sleep anyways, if you’re going to balance your kick-ass career with your perfect skin and killer body and spotless home and cultivated mind and curated social media and piping hot sourdough.

And here we are. AD. Affective dissonance.

Where moods and feelings and emotions are out of whack, symptomatic of the malaises of our times. Have these past few months helped society progress in its relationship with time—rethink ideas like productivity and success?

As we peek out of our quarantine holes, has our logic changed? Or do we still worship at the old altar, where productivity-as-progress substitutes for morality, dictates our rhythms, reorganizes our principles, and rewires our brains?

“A better world can emerge after coronavirus. Or a much worse one,” claims an Oxford professor. Do you buy moral platitudes? Do you see the world in binary oppositions?

“Predictions are hard, especially about the coronavirus” and its effects, warns Vox. Only time will tell—the trusted cliché. The only certainty, perhaps, though a disappointing conclusion.

I’m a recovering productivity addict, I could say, I’ve escaped from the groupthink. But that would be disingenuous.

What if the goal is not to provide an answer, but to examine which questions are worth asking?

Or what if there is a fault in our logic? What if our initial assumption is wrong?

Progress, we established, needs a beginning and an end. We can only assess if our relationship to productivity-as-progress has changed post facto.

But what happens if we aren’t living in a moment of rupture? If we haven’t arrived yet at our critical juncture, where we can look back and say: that was the before, and this is the after.

Even if we can, are we better than we were?

What happens if our logic is faulty?

The collapse of our BC/AD distinction. The implosion of our premises and inferences. An unpierced era of continuing, collective exhaustion (CE).

Is this even a productive thought experiment?

To which I say:

To infinity, and beyond.

Written by Rachel Brock.
Rachel is a researcher and writer whose recent work focuses on critiques of globalization and development, feminist epistemologies, the history of ideas, and the deconstruction of “grand narratives”. She earned her undergraduate degree from the University of Pennsylvania (2018) and completed her Master in International Development at Sciences Po (2020). Currently based in Paris, Rachel has also called Ithaca, Philadelphia, New York, Addis Ababa, and Tokyo home.