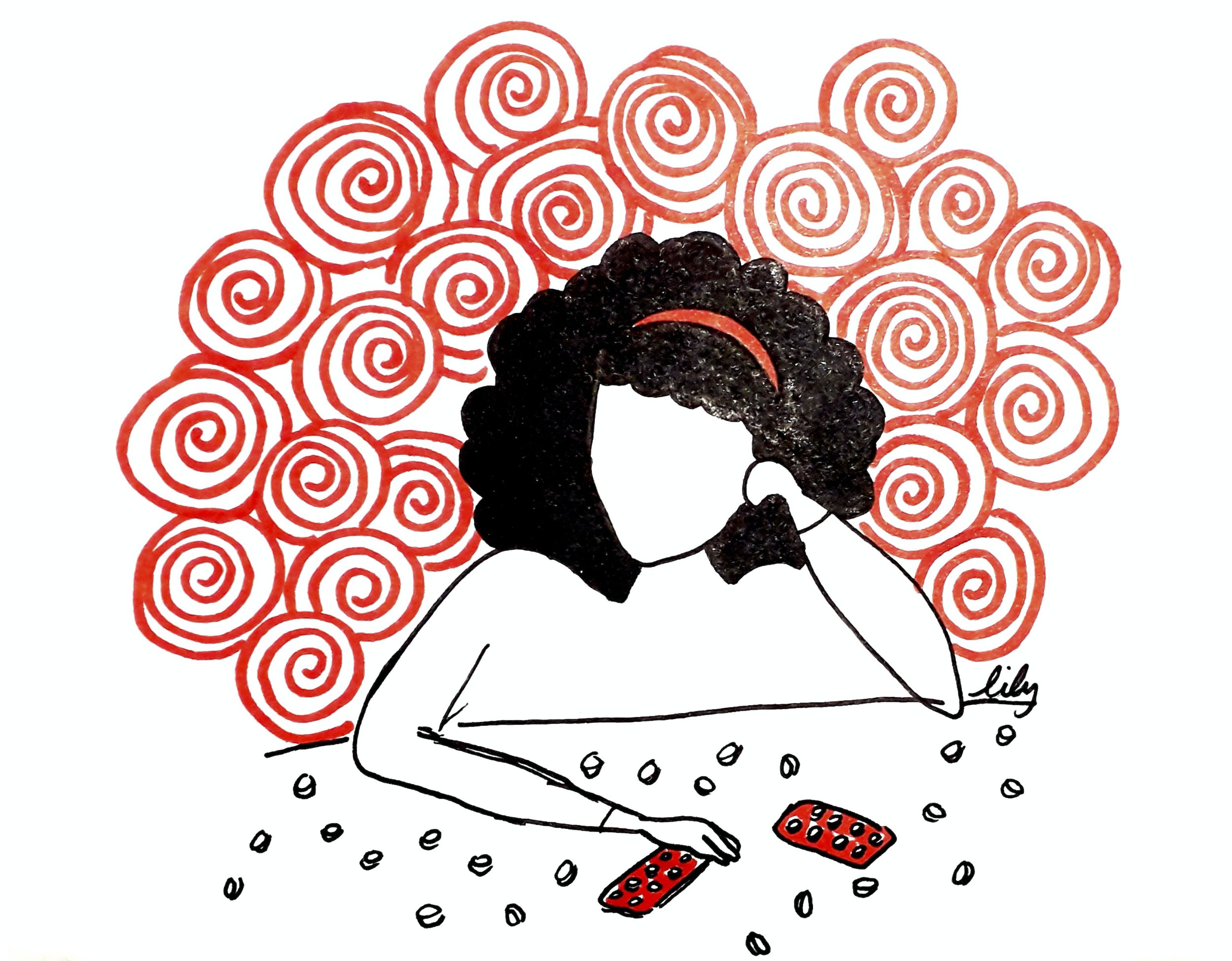 Why we (still) need to talk about contraception

Hand out a single sanitary pad, warn about teen pregnancies and call it a day: there is a lot of room for improvement for high school sex education. It is supposed to be the main pillar that provides agency and empowerment to all regarding sexuality, relationships, and more, yet it fails miserably on many occasions. When it comes to contraception, a few options might be discussed: make sure you use protection, how to wear a male condom, and something about abortions (depending on where you are in the world, as safe abortions are still very difficult to access in many places).

Abortions are also a recurring topic in the international press: whether it’s Poland, Slovakia the US, Mexico, Chile, or Northern Ireland, we hear many news stories and debates about the right to terminate a pregnancy, though much less about experiences of going through an abortion. Having access to safe abortion procedures is fundamental to women’s autonomy and health. However, we should also prioritise preventive contraception methods in order to give women the agency to make informed decisions about their bodies, relationships, and sexual lives.

The importance of sexual education

I’m sure we all have some memories of having to attend some sort of sex ed lecture in high school. In my case, this was a compulsory one-hour long lecture given to around 300 students, girls and boys together. Even though there was probably a Q&A after, people either didn’t have any questions or didn’t feel comfortable enough to ask in front of a huge crowd of teenagers – and hence resorted to the internet or alternative sources if wanted to learn more than the basics.

Despite often being too brief and uninformative, the most common way for us to be introduced to sexual health is through comprehensive sex education.

Although “the provision of high-level sex education” is an international goal promoted by the WHO, only a small proportion of children and young adults receive “preparation for their lives that empowers them to take control and make informed decisions about their sexuality and relationships freely and responsibly.” (WHO, 2018).

Additionally, sex ed is often built on heteronormativity, endangering the sexual health of LGBT+ teens, and fails to teach young men about the female body including periods and pregnancies.

The low quality of sex education is very concerning: among other, important problems that arise from it, such as learning about sexual health and pleasure, the lack of proper sex ed limits the agency of women when it comes to contraception. While popular contraceptives such as condoms and birth control pills are likely to be discussed at sex ed lectures, other, newer, and often long-term methods such as implantables, intrauterine devices or injectables tend to be neglected. Often, women have to do enormous amounts of research to learn about these options being available to them. In other cases, women simply do not have the resources to access such information and have to settle for choosing from a smaller range of options, often consisting of less suitable ones.

Additionally, contraception is often framed as the woman’s duty, minimising the role and responsibility of men in the process. “Perhaps the most universal truth shared by men across the planet is that they hate wearing condoms,” states this article from 2014 in Men’s Health, as if this was a joke we are all in on. To avoid the men’s discomfort, women are often expected to take care of contraception themselves and suck up the side effects of the pill. Sounds fair, right?

Contraception methods outside condoms and the pill

Instead of accepting the pill and condoms as the only options to choose from, let’s review a few alternatives. For context and if you are interested, check out the short North-American history of the birth control pill.

Intrauterine devices or IUDs: IUDs are small, T shaped devices made of copper and plastic, placed in the womb and releasing copper to protect against pregnancies. They provide long-term protection for 5 or 10 years.

Contraceptive patch: A contraceptive patch is placed on the skin and releases hormones to prevent pregnancies. The patch has to be changed every week for 3 weeks and then removed for one week.

Implants: An implant is a small piece of plastic, placed under the skin in the forearm by a doctor to prevent pregnancies. They last for 3 years.

Injections: Injections are given every 8 or 13 weeks and prevent pregnancies in the given period.

+1 Natural family planning: Keeping track of your menstrual cycle in a specific way can be used for preventing pregnancies. While this method tends to be less reliable, similarly to condoms, it is an alternative to using hormonal contraceptives.

While no method is objectively better than others, this short overview demonstrates the wide variety of products that exist. Not only should we know about these, but according to human rights law, we should be able to choose freely from the full range of contraceptives. Notably, many of them differ from the pills by being effective for several years, which can save users from the emergencies of broken condoms or forgotten pills.

Additionally, women have not only been bearing the health costs of contraception, but also the monetary ones. Such monetary costs can be significant, especially to younger women or those on low incomes. For this reason, countries may provide monetary help in the form of subsidies to ease the cost burden of contraceptives. A subsidised product can be bought by customers at a lower than original price, as the state takes over a part of the cost burden to make it easily available to those who otherwise couldn’t afford it.

This report by The International Planned Parenthood Federation European Network (IPPF EN) published in 2015 shows that no countries in the European Union ensure full reimbursement of the costs of contraceptives. Further, the report states that

“Less than half of the countries examined have some kind of reimbursement scheme in place. Some of them provide certain reimbursement arrangements aimed at addressing the social and economic barriers faced by young people and young adults and people at risk of social and economic exclusion. They remain insufficient, however, to ensure full access to contraception for these vulnerable groups.”

While those coming from a low socioeconomic background should be prioritised, their autonomy to choose their preferred contraception method should not be compromised by only being able to afford a limited number of contraceptives. The diagram below shows a quite gloomy picture from Europe, as 62.5% of countries offer small or no reimbursement schemes for the costs of contraceptives. You can also see how European countries are doing in 2019 here.

So where do we go from here?

Well, that’s a tricky question. On the individual level, the best you can do is inform yourself about the options available to you and choose what you find the most suitable, with the help of your ob-gyn. You can also play a role in removing the stigma around sexual health and contraception, by discussing it with others, or supporting campaign groups and NGOs that raise awareness to the issue, even better if you find a way to support those in need: including (but not limited to) ethnic and cultural minorities, people with disabilities and people with disadvantaged socio-economic backgrounds. We put together a short list of international organisations that work in this field but do look up local grassroots organisations and charities to see who you can help in your area.

And finally, make your voice heard when you vote. Contraception should be a shared responsibility and not just a burden on women, and this should be recognised on the societal level. Ask politicians about their policies regarding sexual and reproductive health and rights. Protest when your rights are violated. Stand up especially for those who are less privileged than yourself.

International NGOs you can support

Plan International – Plan International is an independent development and humanitarian organisation that advances children’s rights and equality for girls. Among other important issues, they work on sexual health and rights of girls. You can read their policy position here.

Care International – Care International is an organisation focusing on fighting social injustices and ending poverty. They work on sexual and reproductive health issues, maternal and child health, and HIV/AIDS. You can read about their work here.

IPPF – The International Planned Parenthood Federation European Network (IPPF EN) champions sexual and reproductive health and rights for all. You can read more about their approach here.