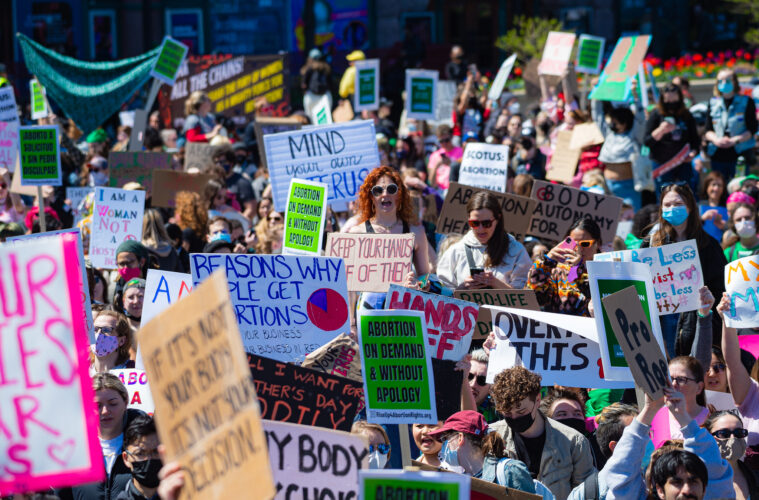 Shock ripples throughout the world, as the Supreme Court overrules the historic Roe v Wade ruling in a serious blow to women’s reproductive rights in the USA. But what was Roe v Wade, and what are the effects of this overruling?

What was Roe v Wade?

Roe v Wade was a momentous ruling in 1973 that ensured a woman’s right to an abortion. In March 1970, Henry Wade was sued by Jane Roe, an alias used by Norma McCorvey, a pregnant woman from Dallas County, over a statute that made abortions illegal except to save the life of the mother. It was argued this statute violated Jane Roe’s rights under the First, Fourth, Fifth, Ninth and Fourteenth Amendments. The Supreme Court voted in a 7-2 majority in favour of Roe. Though they disagreed that women had the absolute right to determine the pregnancy at any time, they did rule for a framework in which a woman could decide to have an abortion for any reason during the first trimester of pregnancy.

Since Roe v. Wade, the Supreme Court has faced more than twenty decisions regarding abortion: all of which reaffirmed a woman’s constitutional right to have an abortion in the first trimester.

What is the overturning of Roe v Wade?

The Supreme Court had been considering Dobbs v Jackson Women’s Health Organisation which challenged Mississippi’s ban on abortion after fifteen weeks. In doing so, it raised the issue of whether the US Constitution recognises as a fundamental constitutional right, the right to abortion – and whether, therefore a Mississippi State Law had to be struck down as in violation of the US federal constitution.

They found that it did not, and thus struck down the landmark Roe v Wade decision, meaning that individual States can determine whether they agree with the ruling in 1973. In other words, it means individual States’ constitutions and regulations are no longer forced to uphold a woman’s right to abort. If they do not agree that the inability to abort a pregnancy infringes upon a woman’s constitutional rights, then this woman is not protected and does not have the right to terminate the pregnancy in the first trimester.

That is to say: abortion in certain States will be criminalised and States are now able to ban the procedure.

Given the United States is made up of fifty states, differences in political leanings can lead to inconsistencies regarding certain laws across the whole country. However, when a law is protected by the constitution, it overrides any political or religious leanings within states. This protected women for decades against anti-abortion rhetoric having any legal power in certain states. Now, however, this is not the case. Today’s ruling has reversed this.

Women are no longer protected by the government but are at the whim of their State’s view.

What does the overturning of Roe v Wade mean, practically, for women?

For women in liberal States, nothing will change. However, abortion is now set to become illegal in over half of the USA. Thirteen States already had ‘trigger laws’, which means now that it is not protected by the constitution, abortion will be banned immediately – and up to fifteen more States could follow. In Missouri, for example, it is now illegal for doctors to perform abortions, and anyone who knowingly induces an abortion is guilty of a criminal offence. Though women who have had the abortion performed will not be prosecuted, there is no mention of an exception for pregnancy resulting in rape or incest provided in the act.

Whether women are able to seek abortion by travelling to other States is still a little unclear. In States where opinions on abortions are divided, whether abortion is allowed could lead to legal battles, including whether it is legal for women to travel out of State for an abortion, or access abortion drugs via post.

Some have come out in support of women’s right to decisions concerning their own bodies, regardless of legislation. The Walt Disney Company, the biggest employer in Florida, where abortion will soon be banned, has told employees it will help them with any abortion-related costs. Similarly, Alaska Airlines has also stated it will help staff financially with abortion and will continue to do so, regardless of any changes to the State’s legal stance. Joe Biden, in his news conference on the decision, described today as a “sad day”, stating that “the health and life of women […] are now at risk.” He blamed Donald Trump for the ruling and urged Congress to make Roe v Wade a federal law, but noted that this would not be possible unless new representatives are voted in at the midterms.

And so, despite acts of defiance like these from corporations and politicians acting in solidarity, for many women, the right to control their own bodies has been diminished. As Ruth Bader Ginsburg stated:

“The irony and tragedy is any woman of means can have a safe abortion somewhere in the United States. But women lacking the wherewithal to travel can’t. There is no big constituency out there concerned about access restrictions on poor women.”

Even if women are able to travel out of state, the effects of the overturning of Roe v Wade will be enormous.

Not only does it further underpin the shame associated with an unplanned pregnancy, the suffering imposed on women when forced to disrupt education, disregard life goals and personal stability, and will disproportionately affect the poor, the disabled, and those trapped in abusive and coercive relationships.

Friday 24th June 2022 will be remembered as a dark day in America’s history with regard to human rights.

Written by Becky Percival. Find her most recent articles here!