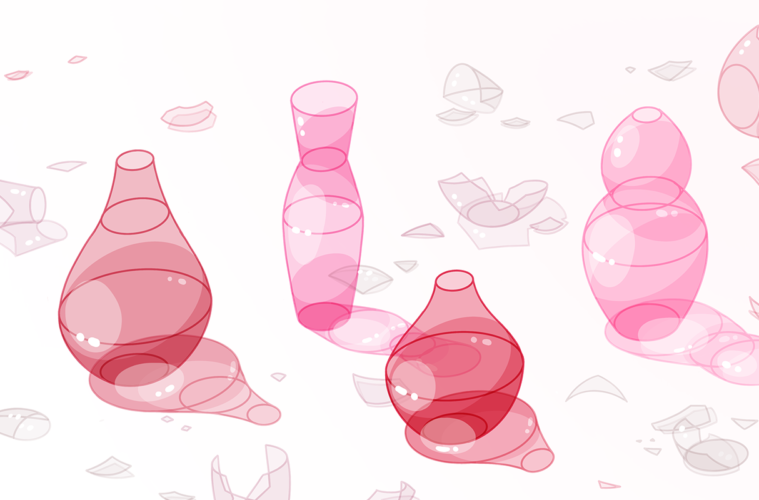 Body image, feeling better and working too much on ourselves

Questioning beauty norms is an endless work. I set about doing this work some time ago and I started to learn more about diet culture’s toxicity, unrealistic injunctions made to women, and racist foundations of our beauty standards. Many feminists from the previous century pursued research about this subject. Today, the overdose of images shared through social media gives the debate food for thought, especially by promoting the love of one’s body regardless of its appearance.

For now, I want to go beyond these body positivity discourses – which are slowly offset by the body neutrality movement – and take a step further. Is the goal truly to feel confident in our bodies and to feel pretty and sexy through the eyes of others?

The toxicity of these beauty norms is more and more talked about in the so-called developed countries. At the same time, popular media and big companies, riding the “femwashing” wave, adjusted their content accordingly. It is definitely less frequent today to read or hear direct injunctions to lose weight. Some fashion brands collaborate with “plus-size” models, and the cosmetic industry reassures us in razor ads that shaving is not an obligation. Ok, thank you.

Yet I’ve never met a woman who didn’t want to change something in her appearance, who wasn’t afraid to show a certain part of her body, who didn’t fear gaining weight would make her feel worse about herself.

Criticizing this “love your body” atmosphere, can, at first sight, makes me look like the never-satisfied-feminist always nitpicking (do I look like I’m apologizing?). While some part of me really meant that we women should trust ourselves in a society that makes us hate our appearance, I can’t help thinking the problem is bigger than making the choice to stop hating our bodies.

The real question, in my opinion, is: when did confidence become such a necessary requirement to live a happy and free life?

Sociologist Rosalind Gill states that companies, ads, and media addressing women convey a “confidence culture”. She asks: how can we still think the problem is an individual lack of confidence when it affects almost all women? A key fact to remember is that this is a gendered phenomenon.

Aside from sordid masculinist incels groups, we never see in the media any incentives intended for men to gain confidence, to make them feel better about their bodies, simply because they don’t need it at the same level as women.

The beauty industry does not depend on men: instead, it depends on how women see themselves.

Most of the social media and advertising discourses give us the impression that “making peace” with their bodies is entirely dependent on women, that it’s up to them to work on the perception they have about themselves.

But why should we work on ourselves while society is entirely guilty of the hate created around women’s bodies? The problem is not personal but political. According to Rosalind Gill, “the confidence culture is problematic because, despite its apparently warm and affirmative address to women to believe in themselves and love their bodies, it works by locating the blame and responsibility for all the difficulties and challenges of female subjectivity and heterosexual relationships in women themselves”. If women are so afraid to show their hairy armpits in public, if they sacrifice so much of life’s pleasures to stay thin, or if accepting their grey hair is so hard, it is not because of their lack of confidence, but rather because patriarchal norms have infiltrated every decision they make.

I must admit that these reflections have upset my views on self-improvement. What if the confidence culture combined with our obsession with “self-help” only produced the illusion to change, and actually created an even greater mental load for women? The self-improvement movements mentioned above encourage women to stop waging war on their bodies but is this perpetual self-work beneficial to them? Is mind-work less restrictive or burdensome than body-work? Did self-love advocates create a new toxic norm? I wonder, what if working too much on our confidence actually keeps us from existing? I think feeling confident in one’s body doesn’t mean feeling free.

So, who’s to blame? How to solve our body image issues, and do we even have to? I am afraid I don’t know the answers. I think we shouldn’t forget that each decision we make as social beings is part of a system we, unfortunately, cannot control. (Un)learning and understanding its structure is the first step. In a previous Lazy Women article, Izzi Williams intends to rethink confidence and I love her final thoughts: maybe the real point is to question the value we assign to women in this society.

Gill, R. and Elias, A. S. (2014). ‘Awaken your incredible’: Love your body discourses and postfeminist contradictions.

Written by Clara Batistic.
Clara lives in Belgium and created the Instagram account @thegrownwomanproject. She studied French literature in college and the lack of women writers in the academic programs lead to her passion for feminist writing. She always has a couple of books on the go.