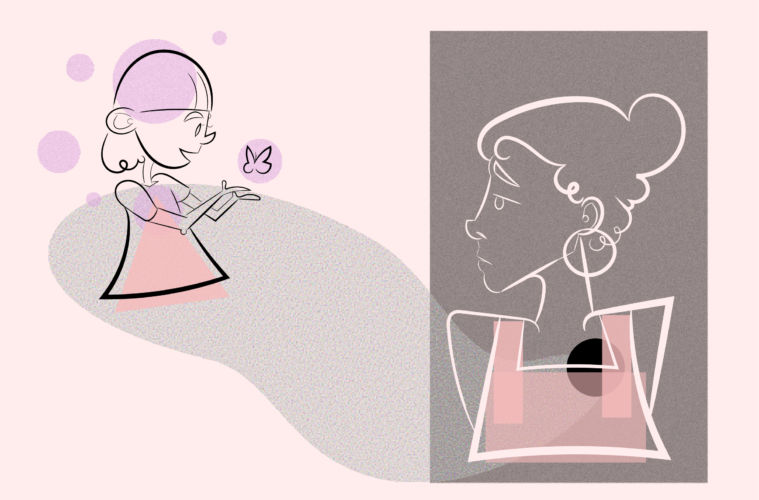 Have you seen my confidence? I think I lost it

When I was a little girl, I was often referred to as “the chatty girl”. I was known for being smiley, talkative, and direct with the people I met, whether it was an old lady or my mates from nursery school. These characteristics started to disappear when I began to attend elementary school and, they vanished entirely when I hit puberty. I became a shy and overly modest person, and I kept my funny and talkative side for my closest friends and family only. It was really hard for me to open up in new communities and looking back, I even feel that I refused to be myself in front of strangers.

Only now, in my early twenties, after several traumas and life-changing events, I started to realise how important confidence is. I realised that many of my problems can be traced back to the lack of confidence, especially in my past. But I seemed to have it when I was little so where did it go?

I started to do research to find out if I’m alone in this and after I read an article on Lazy Women about the topic, I knew I needed to join the discussion.

As I assumed, when it comes to confidence, gender plays a big role in whether one has it or not.

In high school and university, boys and men are more likely to raise their hands to answer a question, even in such cases when they do not know the correct answer.

This is not a coincidence. Girls’ confidence level can fall 30% between the ages of 8 and 14. Although boys have similarly regressive confidence levels at puberty, the average still remains 27% above girls’. Why is that?

According to Katty Kay and Claire Shipman the decreasing level of confidence has biological reasons. In their book, The Confidence Code: The Science and Art of Self-Assurance – What Women Should Know, they argue that girls’ brains are based more on big-picture thinking, they can anticipate the consequences of their actions better, therefore they are more cautious. We develop emotional intelligence during this period, but while we can read the room better, boys are taking risks, due to their higher testosterone. It has been proven that the more risk you take – according to the rule of big numbers –  the more likely you will succeed and from those new experiences, you can build more confidence. Girls tend to focus on living up to the expectations and they are likely to pass on taking action simply because of fear of failure. For these reasons, statistics show, they quit sports earlier than boys or they don’t even start. For example, according to Title IX fewer girls participate in athletics in the US than boys do.

Secondly, the whole environment in which girls grow up prevents them from taking risks. Women are raised to be “good girls”. Parents and teachers motivate girls – even with rewards – to be people-pleasers and perfectionists, and those who are pushing to live up to those expectations tend to avoid the possibility of failure: no risk-taking. This behaviour is supposed to make every involved adults’ life easier. Just think about those little girls in the classroom, sitting quietly, doing their exercises while boys are leaving their seats, being loud and doing something completely different than what they were supposed to.

However “being a good girl” only pays off in a school environment but holds one back outside of it. As Carol Dweck, a Stanford psychology professor and the author of Mindset: The New Psychology of Success said:

“If life were one long grade school, women would be the undisputed rulers of the world.”

Women ask much less often for promotion and raises, assuming that they don’t deserve it. This supports the studies which prove that confidence is (sadly) more important in professional life than competence.

But unfortunately, women’s fear of failure is not groundless. A study showed that female surgeons’ referrals plummeted dramatically when their patient passed away unexpectedly but in case of male surgeons it just remained treated like it is just something that happens. There was also a difference between the number of referrals between genders given the same death rate.

But how does one improve their confidence when they have already left school? How can I overcome my imposter syndrome? And what can I and other women do when it might be too late to start trying out new activities (like competitive sports) that could potentially improve our self-esteem? And last but not least, how can we change the toxic environment that expects us to be perfect at all times?

Looking for answers to these questions may have been the most difficult part of my research. There are plenty of articles about it: practising power poses in front of the mirror, self-care, self-affirmations, saying positive thoughts out loud for yourselves, taking challenges, and so on. I am not saying that they are for everyone but they might work for some. In my opinion, before you start trying any of those things, the first and most important realisation you have to come to is that many people (even men) are struggling with lack of confidence, and you are not alone. It has helped me a lot to become aware that people with more confidence are not better or smarter than me, they are simply more confident. It would have helped me insanely much if someone had told me in my first year of high school that it’s okay to be mistaken. Nothing should happen if your answer is wrong, we are all human, we all make mistakes. Boys seemed to already know that. It’s time to raise girls so that it’s ingrained in them too. Don’t ever hold yourself back again!

Dorina just graduated from an Austrian university where she studied International Business Relations. She likes spending time diving into topics of her current hyperfixations (which is gender equality this time). She even started a TikTok account with the username @princesscarolynetheone (all the content is Hungarian). However, she has been experiencing her femininity through her photographs for years now (@venuszlegycsapoja_).